It's disturbing: 'PadMan' director on getting banned in Pakistan

It's disturbing: 'PadMan' director on getting banned in Pakistan

Many Pakist­ani celebs, such as Armeen­a Khan, Sanam Saeed lent their suppor­t to the movie, condem­ning the ban
By Entertainment Desk
Published: February 15, 2018
Tweet Email 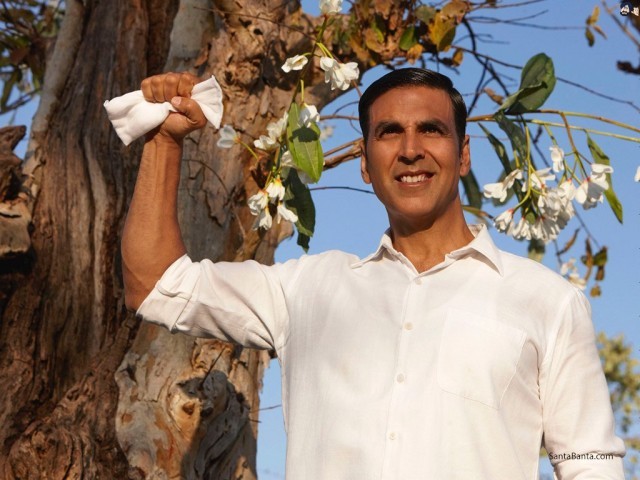 Akshay Kumar, Radhika Apte and Sonam Kapoor starrer PadMan has caused quite a stir among masses due to the ‘sensitive nature’ of the movie.

PadMan deals with menstrual awareness, and was recently banned in Pakistan due to its subject. Many Pakistani celebs, such as Armeena Khan, Sanam Saeed and Hamza Ali Abbasi lent their support to the movie, condemning the ban.

In a recent interview with Deccan Chronicle, the director of the movie, R Balki opened up about the rumoured ban on the movie.

“I am disturbed by this prejudiced pre-judgement. I believe the Pakistan censor board didn’t even bother to see the film. They refused to have anything to do with it, arguing that such films threaten Islamic culture and history. Pray tell, how does a film about the health concerns of women harm any culture in the world? It is truly saddening that we still look at a normal, monthly physiological occurrence as something not to be spoken about.”

Interestingly Sanjay Leela Bhansali’s Padmaavat, that released two weeks earlier and portrayed the Islamic invader Alauddin Khilji as a brutal and barbaric villain, was approved of by the Pakistan board.

It was said that PadMan was being served up an example of the country’s censorial austerity.  “By being liberal over Padmaavat, the Pakistan censor board has incensed a powerful lobby in Pakistan’s politics, which is now threatening a ban on all Indian films in Pakistan. PadMan is suffering a collateral
damage.”

Balki believes that the decision to not release PadMan has nothing to do with politics. He concludes, “I urge the Pakistani censor board to view the film. They will realise how deeply empathetic it is to the culture of the Asian subcontinent where women die due to a lack  of menstrual hygiene.”

“The decision to issue an NOC by the Ministry of Information Broadcasting National History and Literary Heritage is yet to be taken on the release of a foreign feature film PadMan, as it has not yet been previewed by the CBFC,” Mobashir tweeted. “The decision to grant the NOC to the subject film will be based on the merit and criteria of the CBFC, not vexatious, false and irresponsible political motives being created on various media platforms on the back of the film.”

Hasan went on to comment, “The decision to grant NOC to the subject film will be based on the merit and criteria of the CBFC, not vexatious, false and irresponsible political motives being created on various media platforms on the back of the film.

“It is advisable to maintain principles of integrity whilst making statements on any issues. Good values are the foundation upon which we will build a prosperous Pakistan, not upon a decision of releasing a solitary film,” he added.

PadMan tells the real life story of an Indian man named Arunachalam Muruganantham and how he came to inventing low cost sanitary napkins for women in Indian villages. Directed by R Balki, the film is based on a short story from Twinkle Khanna’s book The Legend of Lakshmi Prasad and released the world over on February 9.