At least two others were injure­d
By Our. Correspondents
Published: February 15, 2018
Tweet Email 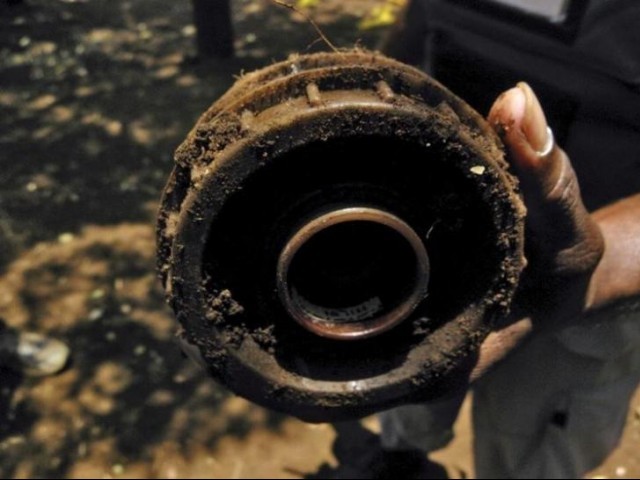 PESHAWAR: Two tribal elder were killed and two others injured in a landmine blast early on Thursday morning in Lower Orakzai Agency.

Malik Shah Khan and Malik Askar Shah were travelling with two other tribal elders to Hangu when their vehicle hit a roadside landmine in the Tor Simat area, killing Shah on the spot while others sustained critical injuries.

The injured were moved to a hospital in Hangu for medical assistance. Askar succumbed to the injuries on the way to the hospital, sources said.

Following the incident, a search operation was launched in the area.

In the last few months, at least eight members of a peace committee have been killed in different attacks. However, no group has claimed responsibility for any of the incidents.

Areas in FATA, South Waziristan were rigged with landmines and improvised explosive devices (IEDs) by militants, according to security officials. And this leftover ordinance is now killing and maiming the tribespeople who have returned after years of displacement to rebuild their battered region. Dozens have died and many more injured – some crippled for life.

Last month, the Mehsuds, the predominant tribe of SWA, threatened to abandon their region if authorities failed to clear landmines and unexploded munition from the agency. A jirga of Mehsud elders warned the government to either disinfect the region of mines and IEDs or brace for a mass exodus of the Mehsuds from SWA.

In January,  eight members of a family, including two minor girls, were killed and another man was injured in a landmine blast in Kurram Agency.

According to hospital sources, the family was traveling from Muqbal area near the border to attend a funeral in Upper Kurram’s Basu area when their vehicle hit a landmine killing three women, two minor girls and three men on the spot. The car was completely destroyed in the blast.