Peace in Afghanistan has to be an Afghan led peace, says Bilawal Bhutto Zardari

Peace in Afghanistan has to be an Afghan led peace, says Bilawal Bhutto Zardari 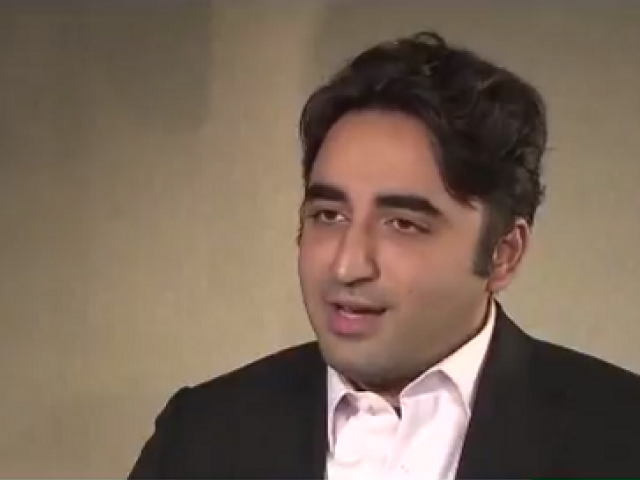 KATHMANDU: In an interview with Russian Television the Chairperson of Pakistan People’s Party, Bilawal Bhutto Zardari expressed his party’s views about the Afghan War, the Syrian Crisis and International Relations on the whole.

He identified terrorist activity and the slipping writ of state to be the two major problems that plague Pakistan’s northwestern neighbour.

Pakistan cannot be made scapegoat for failures of others in Afghanistan: Aizaz Chaudhry

Asserting Pakistan’s position on the recent bombings in Afghanistan the PPP chairperson said, “We want there to be peace in Afghanistan, but it has to be an Afghan led peace and the Afghan Forces and NATO Forces need to start taking responsibility for their failures, if they have not been successful, its time for us to rethink what we are doing.”

Speaking about the Syrian crisis and the aftermath of the war, he said, “The PPP and I, believe in non-interventionist foreign policies and that if change is to take place, it should take place domestically and organically.”

He further added that the West got ‘overly excited’ by the Arab Spring and did not allow it to take its organic conclusion. He pointed out that individuals and state agendas should not be cultivated in Afghanistan, Syria or Iraq, the will of the people should preside.

Judiciary should not overstep its authority: Khursheed Shah