This was his second visit in six months­
By IANS
Published: February 13, 2018
Tweet Email 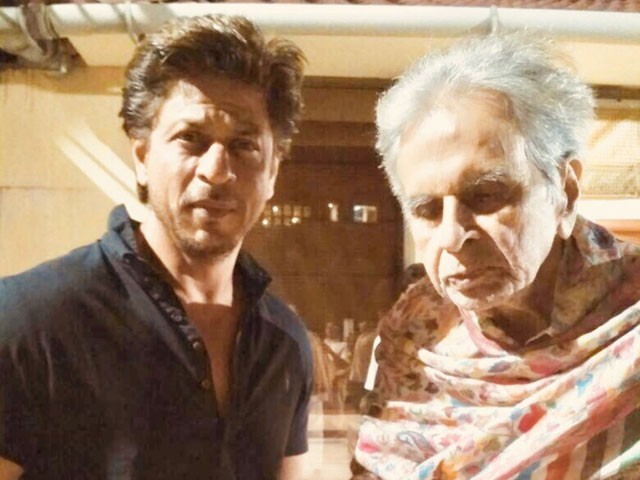 On Monday, Faisal Farooqui, a family friend of Dilip Kumar, took to the veteran actor’s official Twitter account to share a photograph of Shah Rukh and the 95-year-old. The Raees star was dressed in black, while a shawl is wrapped around the frail Bollywood icon.

The legendary actor was treated for mild pneumonia in December 2017.

Shah Rukh last visited the Mughal-e-Azam star soon after the acting legend was discharged from Mumbai’s Lilavati Hospital where he was being treated for dehydration and kidney malfunction in August, 2017. Dilip debuted as an actor in Jwar Bhata. His career has spanned over six decades and over 65 films.

As an actor, he last graced the silver screen in 1998’s Qila.

Culmination of an era