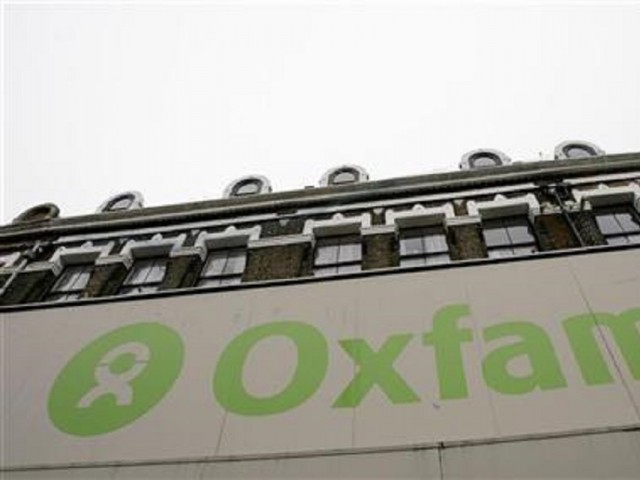 The Oxfam logo is seen on a signage outside a store in Dalston in east London November 28, 2008. PHOTO: REUTERS

NEW YORK: The executive director of Oxfam International said on Sunday she was heartbroken by a sexual misconduct scandal in Haiti involving aid workers that prompted Britain’s government to threaten to cut off aid funding to charities.

Oxfam, one of Britain’s biggest charities, has condemned the behavior of some former staff in Haiti after a newspaper report said aid workers paid for sex while on a mission to help those affected by the 2010 earthquake.

Britain’s aid minister said the government would cut aid funding from any charity that did not comply with a new review into their work overseas, calling reports of sexual exploitation in the sector “utterly despicable.”

Winnie Byanyima, who became executive director of Oxfam International in 2013, said she was saddened by what took place in 2010 and that it could not happen under systems and rules put in place since.

“I feel deeply, deeply hurt. … What happened in Haiti was a few privileged men abusing the very people they were supposed to protect – using the power they had from Oxfam to abuse powerless women. It breaks my heart,” Byanyima said in an interview with Reuters TV in New York.

“We want to restore trust. We want to build that trust. We are committing to be honest, to be transparent and to be accountable in addressing this issue of sexual misconduct. We are in a different place today,” she said.

British Aid Minister Penny Mordaunt said on Sunday that she would write to British charities that work overseas demanding they declare any problems relating to the duty they have to protect their staff and the people they work with from harm and abuse – so-called safeguarding.

Bill Gates to be world’s first trillionaire by 2042: Oxfam report

Byanyima said charities must stop people who do not share their values from joining their organisations.

“We need to do more in terms of invsexcstigations and sharing the results of those investigations so that offenders don’t go on to offend in other organisations,” she said.

She said Oxfam would share with the relevant authorities all the information it had relating to the 2010 incident.

“You know it’s not within our power to return people who are not our staff to Haiti to face prosecution,” she said. “But we will avail everything that we know from the investigation to whoever authority, whichever authority wants to have this.”