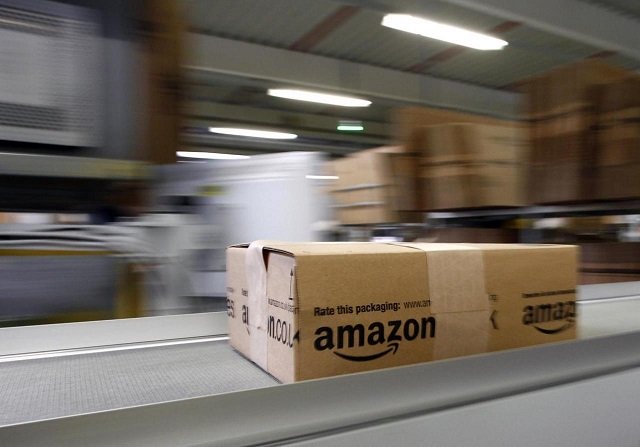 A parcel moves on the conveyor belt at Amazon's logistics centre in Graben near Augsburg December 16, 2013. Workers at Amazon.com's German operations were set to go on strike on Monday, in the middle of the crucial Christmas holiday season, in a dispute over pay that has been raging for months. The Verdi union said workers would strike in Amazon's logistic centres in Bad Hersfeld and Leipzig and, for the first time, in Graben. PHOTO: REUTERS
Amazon paid about $90 million to acquire the maker of Blink home security cameras late last year, in a secret bet on the startup’s energy-efficient chips, people familiar with the matter told Reuters.

The deal’s rationale and price tag, previously unreported, underscore how Amazon aims to do more than sell another popular camera, as analysts had thought. The online retailer is exploring chips exclusive to Blink that could lower production costs and lengthen the battery life of other gadgets, starting with Amazon’s Cloud Cam and potentially extending to its family of Echo speakers, one of the people said.

Amazon views its in-house devices as key to deepening its relationship with shoppers. The Cloud Cam and Echo currently need a plug-in power source to operate. Blink, which says its cameras can last two years on a single pair of AA lithium batteries, could change that.

The deal so far has drawn little attention. The camera maker announced its takeover by Amazon with scant details in a Dec. 21 blog post. Analysts have viewed Blink as part of the retailer’s strategy for Amazon Key, a new program where shoppers can set up a smart lock and surveillance camera so delivery personnel can slip packages inside their homes when they are away. Amazon also sees opportunity in the security camera market as smart-home technology expands.

But Blink was not merely a camera business. Its little-known owner, Immedia Semiconductor, was started in Massachusetts by old hands from the chip industry. Chief Executive Peter Besen and two of his co-founders came from Sand Video, which had designed chips in the early 2000s that decoded a new and improved video standard.

In 2004 they sold Sand Video to Broadcom Ltd and remained there as executives, according to an Immedia website. The group left in 2008 to create Immedia, aiming to design chips for video conferencing, and later targeting laptop makers as potential customers.

Dan Grunberg, a co-founder who left Immedia in 2016, said that plan fell through. Laptop makers were unwilling to pay $1 per chip when cheaper options were on the market. So Immedia pivoted.

“If we make our own camera, we don’t have to sell a hundred million” chips, he said. Grunberg declined to discuss Immedia’s sale to Amazon.

The Blink security camera, which hit the market in 2016, did not require a power cable like many rival products, making it easier to place around users’ properties. It was cheaper, too, starting at $99. Amazon’s wired Cloud Cam launched at $119.99, while Netgear's wire-free Arlo cost more still. Netgear said last week it plans to spin off its Arlo business.

“Battery life is a big issue in connected devices,” said Scott Jacobson, a former Amazon devices manager and now managing director of Madrona Venture Group. “Always-on cameras that last for months and don’t require a wired connection or an electrician to install could be game-changing.”

As Blink’s sales rose on Amazon’s website, the retailer took notice, sources said, leading to talks with the camera maker about a deal.

Amazon’s regulatory filings show it spent $78 million on acquisition activity in the quarter ended Dec 31. Sources said the bid was competitive, and that compensation and incentives offered by Amazon pushed the deal’s value to about $90 million.

Madrona’s Jacobson, who had no knowledge of the acquisition’s details, speculated that Amazon might apply the Blink team’s expertise to cameras in drones or in its new checkout-free stores.

The chips could give Amazon other advantages, too.

The proprietary chip design will make it harder for rival retailers to copy Amazon’s devices, said Matt Crowley, chief executive of Vesper, a sensor and semiconductor company that makes microphones.

And now that Amazon owns its own chips, it can go straight to the manufacturers, cutting out middlemen chip designers such as Ambarella, which has powered GoPro products. Amazon has a division called Annapurna Labs that makes an unrelated kind of chip, and it was not clear which supplier it uses for chips that primarily process video.

“Vertical integration reduces cost,” Crowley said. Digital video chips “are one of the more expensive components” in a camera. 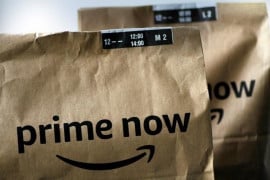 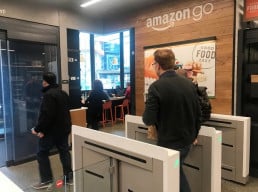 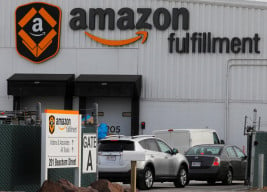 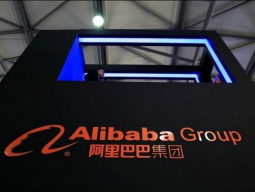