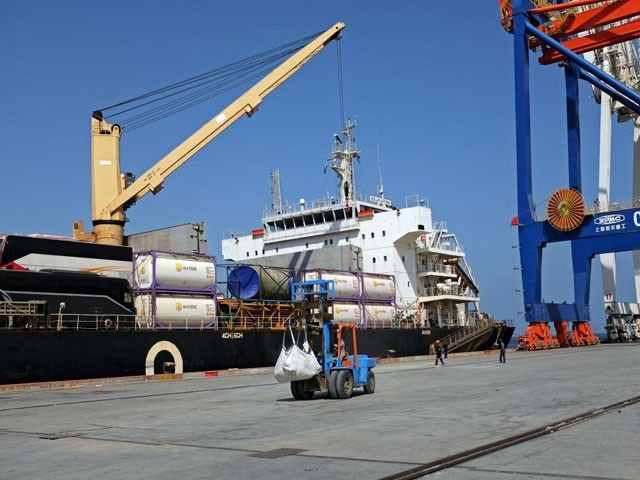 ISLAMABAD: The China-Pakistan Economic Corridor (CPEC) is a hot topic these days. The government wants to sell it as its major achievement, while the opposition claims its contribution in negotiating during its tenure.

A quick review of the documents shows that the CPEC seeds had been sown long ago. Beijing Declaration 2003 gives the first footprint of the concept. Pakistan’s former ambassador to China late Akram Zaki once told me that the land corridor had been on the cards since the times of air corridor in the 1960s, and Silk Road was the first step toward it.

CPEC is a bigger initiative in nature and it will transform the economy of Pakistan and the same has been promised in Vision 2025. Therefore, it is necessary to dwell on linkages between Vision 2025 and CPEC. Comparative analysis shows the two have so many complementarities.

CPEC investments are related to infrastructure, energy, railways, optic fibre, agriculture, tourism as well as research and development. Energy and transport sectors are on the priority list along with Gwadar city and port. Vision 2025 identifies that every year Pakistan loses 4-6% of its GDP due to the energy crisis. This loss to GDP means decline in production base, exports, saving and investment, inflation and availability of employment.

Owing to the energy crisis, industries started relocating outside the country, which further contributed to non-availability of jobs and decline of exports. The declining exports are another area, which is now haunting the country. Trade deficit is increasing and negative impact on foreign reserves and balance of payment is evident. Vision 2025 outlined a plan and strategy for investment in different forms of energy like coal, hydro and renewable. Coal was cogitated as one of the most immediate source.

Despite the investments in coal sector, its share in the electricity mix would be minimum and benefits enormous. It will help overcome the chronic problem of load-shedding. Cheap and sustainable supply of electricity will enhance the competitiveness of the industry and boost exports and provision of jobs, especially for the youth. Apart from coal, a huge investment has made in renewable power sources like solar, wind and hydro, and Quaid-e-Azam Solar Park is already operational.

Railways share in transportation will also be increased from 4% to 20%. Through CPEC, investment is being made to upgrade roads, construction of new highways, motorways and creating linkages among existing roads.

Special Economic Zones (SEZs) under CPEC would be a way to achieve goals of Vision 2025. First and foremost would be the enhancement and sustainability of the production base of country. It will create jobs, as Pakistan needs 1.5 million jobs every year to accommodate and benefit from the youth bulge.

Another important area is water, food and energy security in the country and along with that are two most serious problems. SDPI in 2013 concluded that almost 58.8% population is food insecure. Analysis further exhibited that the situation in 2025 will be more complicated due to population increase and climate change. Water availability is another area of grave concern. Per capita availability has come down to 1,000 cm2. Climate change is impacting water sector in Pakistan and the country is already facing water disasters like floods and drought. According to IPCC and UNDP report on vulnerability, the situation will be further complicated in the near future.

This grave situation requires urgent and sustainable investment in water and agriculture sector. Fortunately, Vision 2025 and CPEC also prioritise these areas. Vision 2025 outlined the goals of doubling power generation and enhancing access from 67% to 90%. Water storage will be increased to up to 90 days from 30 days. Food insecure population will be down to 30%.

To improve food security, agriculture is an acceptable sector to play a leading role with its multiple roles, eg production of food, employment to 44% labour force, which contributes to 21% of GDP. Long Term Plan (LTP) of CPEC gives a comprehensive list of programmes for investment. It includes farming, livestock breeding, forestry and food growing, and aquatic and fishery. Research and technological cooperation would be augmented. Production of inputs would also encourage and given technological assistance. Agriculture is also targeted as a key area to combat poverty by transferring sector into climate change resilient and globally competitive sector.

Water was the part of CPEC in different forms like drinking, sanitation, agriculture and industry. Now both China and Pakistan have decided to amplify cooperation. Dam building has also been included in the list of CPEC. Different sources quote a figure of $50 billion for building a cascade of dams along the Indus river. Infrastructure related to water will also be made resilient to climate change. There would also be investment in irrigation sector, especially in drip irrigation.

Apart from the areas mentioned above, Vision 2025 also spells out the goals about tourism development. It is a well-established fact that Pakistan is bestowed with beautiful landscape and geography. Vision 2025 identified religious, historical and naturally attractive sites as potential for developing tourism. LTP outlined the development of eco-tourism in coastal and mountainous areas of Pakistan.

China will help improve knowledge base for Pakistan. It will build the capacity of universities and students to compete at international level. Exchange programmes have already been started and now thousands of Pakistani students are not only frequent visitors of Chinese universities, but are also studying there.

A comparative study of Vision 2025 and LTP of CPEC shows that both are complimentary to each other with a number of goals and objectives. The only thing is how Pakistan opts for the Chinese model of success by using its indigenous tools of development and research.

Private financing needs to be mobilised for projects