Singh embrac­ed Islam after feelin­g guilty about his act, says he is ready to face any punish­ment given by author­ities
By News Desk
Published: February 11, 2018
Tweet Email 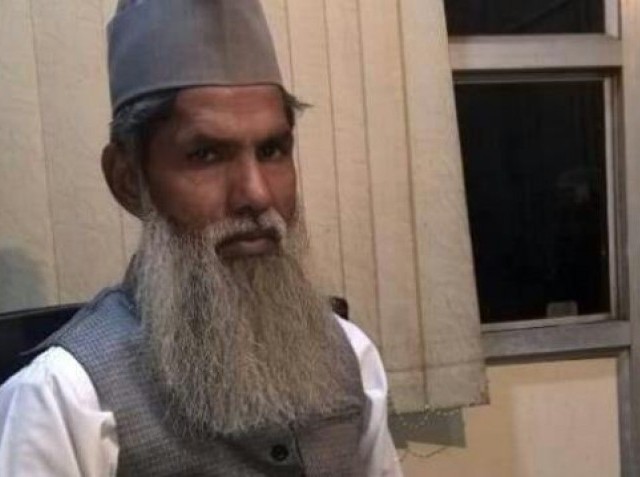 I realised that I had taken law in my hands and violated the constitution of India. Guilty, I embraced Islam, says Mohammed Aamir. PHOTO COURTESY: INDIA TODAY

Once an ardent supporter of saffron movement, Balbir Singh now Mohammed Aamir, had participated in the demolition of the Babri mosque in Ayodhya.

Today, Aamir builds and protects religious places of worship across India. He has witnessed the political turmoil in the country that took place after the demolition of 16th century mosque.

He was born in a village near Panipat, where his father Daulat Ram, a follower of Gandhi, was a school teacher. With his family, he later shifted to Panipat, where he was inspired by Bala Saheb Thackeray and joined Shiv Sena.

Aamir was also inspired by the ideology of Rashtriya Swayamsevak Sangh (RSS) and was a regular attendee of a sakha in Panipat.

Aamir, a former Shiv Sena leader from Panipat, Haryana often recalls the fateful day of December 6, 1992, that marked the demolition of Babri mosque.

Aamir said that along with his friend Mohammed Umar, formerly Yogendra Pal, he had vowed to construct the Sri Ram Mandir at Ayodhya, demolishing the mosque.

Today, the two are fulfilling their pledge to renovate 100 mosques, in an attempt to purge themselves of their sins.

On December 1, 1992, Aamir reached Ayodhya to join thousands of kar sevaks coming from across the country. On December 6, according to Aamir, he was the first man to climb the middle dome.

“We feared that the army might have been deployed in large number. But on ground there was hardly any security, that gave us a boost and we were mentally prepared to demolish the mosque that day,” said Aamir.

He along with many other kar sevaks from Sonipat and Panipat demolished the dome with spades and pickaxes.

“When I reached my home town Panipat after that I was given a hero’s welcome by the people,” Aamir said, adding, “But at home, my family’s reaction shocked me. My secular family denounced my actions. I had participated in the kar seva because I felt strongly about it, but I realised later that I was wrong.”

Born a Rajput, Aamir went on to say, “I realised that I had taken law in my hands and violated the constitution of India. Guilty, I embraced Islam.”

Aamir is married to a Muslim woman and runs a school to spread the teachings of Islam. He and Umar have together built 90 mosques so far.

Aamir added that he was ready to testify before the authorities concerned and face any punishment given.