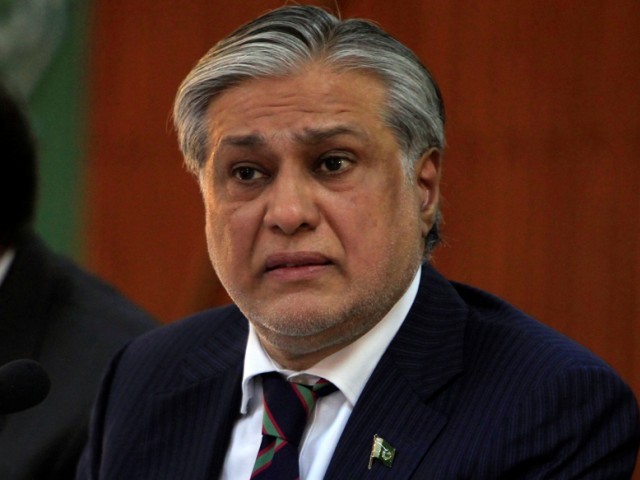 ISLAMABAD: An accountability court could not record the statement of a star prosecution witness in a reference against former finance minister Ishaq Dar on Thursday due to the unavailability of original record of the joint investigation team (JIT).

Though Federal Investigation Agency (FIA) Additional Director General Wajid Zia, who was heading the JIT probing the Panama papers scandal, appeared before the court, his statement could not be recorded as the original record of the JIT report was in the Supreme Court.

On January 31, NAB had requested the accountability court to furnish the JIT report along with the record from the Supreme Court as head of the JIT was expected to appear before the court on February 8.

When the case was taken up on Thursday, the judge enquired if the earlier letter has been responded. The answer was in the negative. Subsequently, the court adjourned the case till Feb 12.

Shafique informed the court that volume 1 and 9(a) of the JIT was needed for the NAB’s reference against Dar wherein he has been accused of amassing assets beyond known sources of income. The court had declared Dar a proclaimed offender and conducting trial in his absence.

Since September 2017, the court is conducting Dar’s trial and so far 26 out of the total 30 witnesses have recorded their statements in the reference.

In the application in which the request was made to requisition the original JIT report submitted in the Supreme Court by Zia along with the entire set of volumes, NAB prosecutor Imran Shafique stated that Zia was a witness in the reference but evidence and the original report of JIT along with entire set of volumes was lying with the Supreme Court.

He added that the “JIT report has to be tendered in evidence of PW [prosecution witness] Wajid Zia being mandatory requirement of law.”

Therefore, he said, it is in the interest of justice that the original JIT report may please be requisitioned from the registrar office of SC.

He added that JIT report is the most important and essential document prepared and signed by Zia and bringing it on record would promote ends of justice for determination of the reference. He has prayed the court that the application be accepted.

This was the first time Zia had appeared before the accountability court for recording his testimony in the reference. It is expected that he would soon be appearing before the court in three interim and one supplementary references against the Sharif family.

The accountability court would now resume hearing on Feb 12.