The SBP has mainta­ined that the slide in the rupee’s value is due to supply and demand dynami­cs of foreig­n exchan­ge
By Our Correspondent
Published: February 8, 2018
Tweet Email 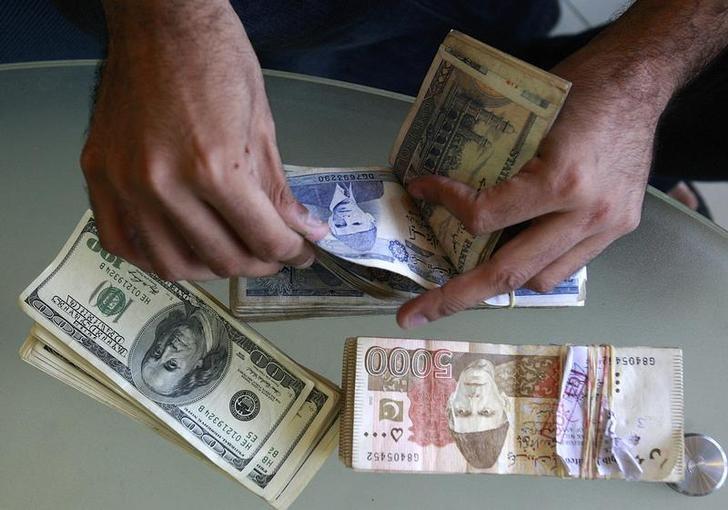 KARACHI: The rupee weakened against the dollar at Rs110.4/110.6 in the inter-bank market on Wednesday compared with Tuesday’s close of Rs110.3/110.5. In the last few weeks, the rupee has cumulatively shed over 4% of its value after the central bank reportedly abstained from intervening in response to the pressure due to a widening current account deficit. The State Bank of Pakistan has maintained that the slide in the rupee’s value is due to supply and demand dynamics of foreign exchange in the inter-bank market. While it has promised prompt intervention in case of speculative or momentary pressures, the central bank will sit on the fence and let “market-driven adjustment in the exchange rate to continue to contain the imbalance in the external account and sustain a higher growth trajectory”, according to a recent press statement.