Of these, only 9,000 have been addres­sed, NA panel told
By Sehrish Wasif
Published: February 7, 2018
Tweet Email 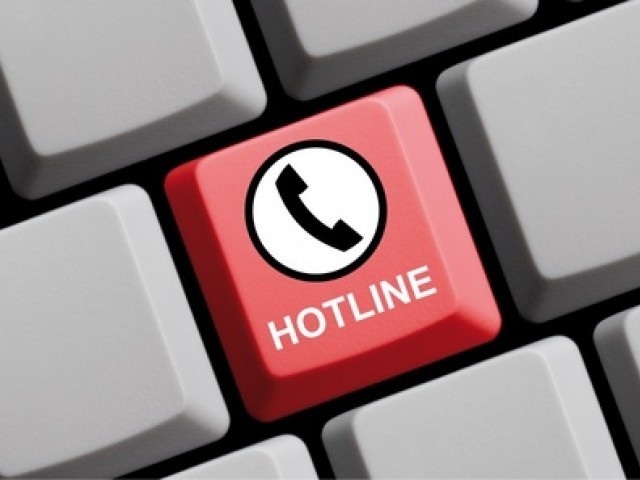 DSP Operations has been made in-charge of the hotline and will regularly report to the police chief in this regard. PHOTO: ONLINE

ISLAMABAD: The Ministry of Human Rights has received over 70,000 complaints of human rights violation on its helpline from across the country since the last two years and of them only 9,000 have been addressed so far, a national assembly panel was informed on Tuesday.

The ministry shared the findings of a report with members of the National Assembly’s Standing Committee on Human Rights, which met under the chairmanship of MNA Babar Nawaz Khan.

The report contains data and details about complaints received by the ministry on its helpline number 1099, from May, 2015 to January 2018.

The highest number of human rights violation complaints were received from Peshawar followed by Faisalabad, said the report.

According to the report, from February 2016 onwards 4,054 complaints were related to miscellaneous violations, while 2,438 were related to human rights governance issues, 404 were on women rights, 127 were related to protection of life and liberty, 110 on minority rights, 77 on disabled persons rights, 42 on labour rights, 38 on child rights, 13 were related to senior citizens and one was about money grabbing.

Later the committee was also briefed by the ministry’s Director General Development Malik Kamran on the Public Sector Development Programme (PSDP) for the department’s financial year 2018-19.

“Currently Ministry of Human Rights has no project staff of lawyers whereas legal work is being taken up with the help of two lawyers deputed for Helpline 1099,” he said.

The official clarified that the ministry has moved a summary for the appointment of two senior and junior lawyers and is yet to receive a response on it.

Later, the committee unanimously decided to hold another meeting after the upcoming session of the National Assembly with all the stake-holders such as Ministry of Planning and Development, Ministry of Establishment, Law and Justice Division, CDA for allotment of land for establishment of National Institute of Human Rights as well as the Commissions of the Ministry of Human Rights to resolve the major issues of the department.