PHC had reject­ed petiti­on noting that petiti­oners spent over a decade in jail but failed to agree on ‘diyat’
By Our Correspondent
Published: February 7, 2018
Tweet Email 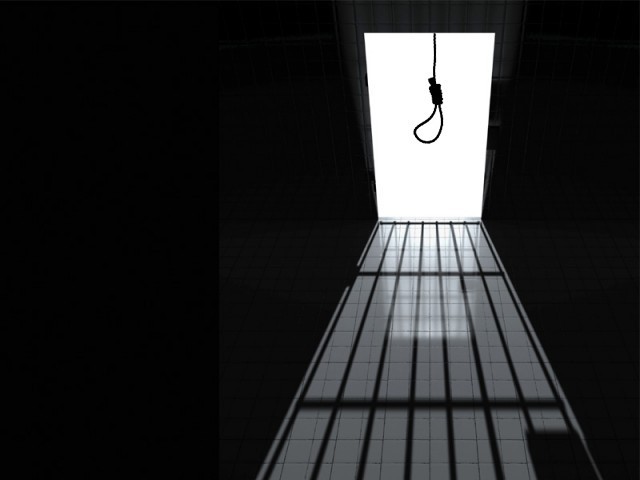 PESHAWAR: After two of his clients on death row were executed last month, a lawyer has gone to the court complaining that after the black warrants were issued, insufficient time was afforded to reach a compromise with the family of his client’s victims.

The petitions had been rejected by the court.

The two death row inmates, Jan Bahadur and Amanullah, had been convicted of murder and were executed on January 23.

Soon after their execution orders were issued their lawyer, Advocate Khurshid Khan, filed petitions in the Peshawar High Court (PHC) seeking more time to reach a compromise and pay diyat (blood money) to the families of their respective victims.

“Their petitions at this belated stage cannot be looked upon favourably,” the court had maintained.

On Tuesday, Khurshid filed a petition seeking an explanation on PHC’s verdict.

“We were told that once the black warrant is issued, you are not given any time to strike a compromise with the victim’s family,” said Khurshid, adding that, “Pakistan’s laws say that this right is with any death row prisoner before he is executed.”

He went on to say that a lawyer’s doors are always open for reaching a compromise and paying Diyat to the victim so that both parties can benefit.

Bahadur had been convicted and sentenced to death by a trial court under section 302 of Pakistan Penal Code (PPC) on two counts — for murders committed in 1993 — by an additional sessions judge in Takht Bhai. In 2000, his sentence was upheld by the apex court. His review and mercy petitions were also turned down.

Section 299-E of the PPC defines diyat as blood money paid to the relatives of the victim.

“If the law acts against the assassin, the same law also provides him with the chance to pay diyat and reach a compromise which benefits both the parties,” Khurshid argued.

Last month, Bahadur had has also challenged the mode of his execution — hanging by the neck until death — contending that it was unIslamic and inhuman and had asked for a less painful mode of execution with the help of inventions of modern science. That petition too had been dismissed by the PHC for lack of jurisdiction.