Work on $8.2b CPEC rail line unlikely to begin soon

Work on $8.2b CPEC rail line unlikely to begin soon 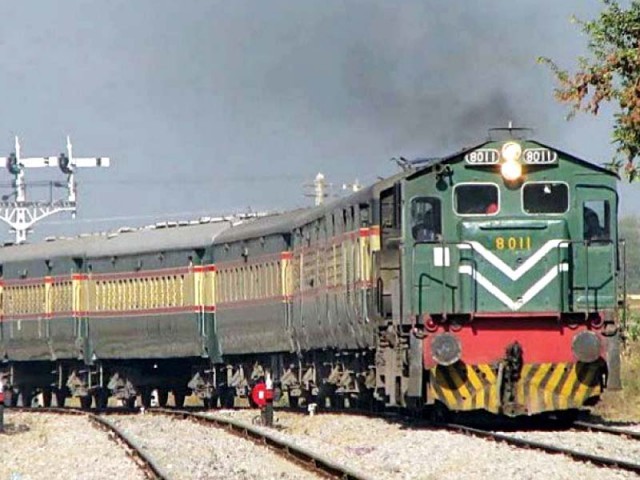 In the case of sovereign guarantees, the $8.2-billion loan will not become part of Pakistan’s ballooning external debt of $85 billion and the responsibility of repayment will lie on the Ministry of Railways. PHOTO: FILE

ISLAMABAD: Pakistan has been raising false hopes of early start of work on the $8.2-billion Mainline-I (ML-I) rail track under the China-Pakistan Economic Corridor (CPEC) as it has not yet finalised the mode of financing because of its huge implications for the country’s external debt.

An internal agreement on the exact financing modalities was essential before making a request to China for processing a loan, said sources in the Ministry of Planning, Development and Reform.

The project had already faced a delay of at least two years and there was still disagreement between the Ministry of Railways and other ministries, they said.

The Ministry of Finance and a financing group, set up to firm up funding modalities for the ML-I project, are in favour of acquiring the loan with sovereign guarantees, show documents.

In the case of sovereign guarantees, the $8.2-billion loan will not become part of Pakistan’s ballooning external debt of $85 billion. The responsibility of loan repayment will lie on the Ministry of Railways.

Under the May 2017 framework agreement, the project will be solely funded by China.

However, Pakistan Railways wants the central government to acquire the loan, which will not only make it part of the external debt, but will also shift the loan-servicing responsibility on to the centre.

The ML-I project is aimed at upgrading the existing 1,872-kilometre mainline of Pakistan Railways from Karachi to Peshawar. The project was planned to be completed in two phases between 2016 and 2020.

Now revised timelines suggest that the project cannot be completed before 2022 provided the government is able to start work this year.

For the past one and a half year, the government officials concerned have been giving false deadlines for signing the financing agreement with China.

Last month, Planning and Development Minister Ahsan Iqbal announced that groundbreaking of the ML-I project was expected in March 2018 and it would be completed in four years in various phases.

However, the Ministry of Railways has not yet submitted a new PC-I for first phase of the project to the planning ministry for approval. Iqbal had set the October 2017 deadline for the railways ministry for submission of the PC-I. Cost estimates have also remained inaccurate.

The government has decided to split the project into two parts due to its high cost and the work that requires refurbishment and expansion of the main rail line.

Sources said a decision on the exact financing mode would be taken by the Cabinet Committee on CPEC. But the Ministry of Railways was trying to push its own proposal.

On December 15, 2017, the financing group had decided that a summary would be sent to the CPEC committee for a decision on whether the borrowing would be made by the central government or it would be backed by sovereign guarantees.

However, the summary circulated by the Ministry of Railways for comments of the ministries pointed to only the central loan option.

The decision to obtain sovereign guarantees had actually been taken in November 2016 by the then minister of finance.

The Economic Affairs Division was of the view that in case the loan was acquired by the central government, the cost of borrowing for Pakistan Railways would jump to 9% whereas the government would pay around 2% in interest to China.

Such loans are covered by the relending policy, under which the federal government takes responsibility of repaying the money and bears the exchange rate risk in return for recovering a fixed interest from the borrower.

China has told Pakistan that it will consider only that loan request which covers the entire rail track from Karachi to Peshawar and not up to Lahore.

Officials of the Ministry of Railways insist that any loan request to China should be in line with the spirit of the framework agreement, which was the central loan. They pointed out that the agreement clearly mentioned that the loan would be given on highly favourable terms.

Project feasibility and the scope had been finalised and the railways ministry was trying to make the cost as realistic as possible, they said.