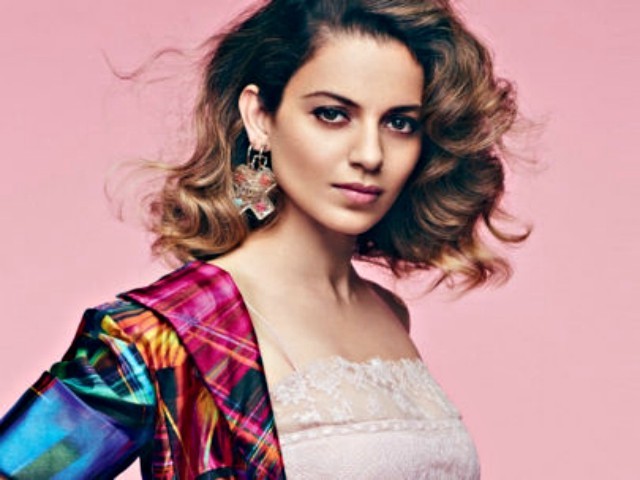 While the protests against Padmaavat are still fresh, a new Bollywood film has come under the radar. According to Republic World, Kangana Ranaut’s Manikarnika has been receiving threats by Sarv Brahmin Mahasabha (SBM) over the indecent portrayal of the Queen of Jhansi.

State president of SBM, Suresh Mishra said, “The movie is violating history. It’s on ‘Jhansi ki Rani’ and it’s made to earn crores. We don’t care about that but we won’t let that happen by violating the history.”

He further stated that he doesn’t want similar controversies that Padmaavat was a part of and has requested the director to give assurances on the plot of the movie. Mishra also added that if the issues are not addressed, SBM will not allow the filming in Rajasthan.

The group thinks that the film-makers are taking inspiration of their film from a fictional history book which mentions an alleged romance between Rani Lakshmibai and British officer Robert Ellis. Earlier in 2008, the book was banned in Uttar Pradesh by the then Mayawati-led government.

Padmaavat has had a long history of trouble prior to its release. It stars Deepika Padukone as Rani Padmavati, Shahid Kapoor as Maharawal Ratan Singh and Ranveer Singh as Alauddin Khilji.

From people getting assaulted on the film’s set in Jaipur to the set being vandalised in Kolhapur and getting threats from detractors — director Sanjay Leela Bhansali faced a lot of drama. However, after the release of the film, Karni Sena withdrew its protests.

Shri Rashtriya Rajput Karni Sena’s Mumbai leader Yogendra Singh Katar said that on the directions of organisation’s national President Sukhdev Singh Gogamadi, a few members watched the movie in Mumbai on Friday and found that that it glorifies the valour and sacrifices of the Rajputs and every Rajput will be feeling proud after watching the film.

The songs and dialogues of Manikarnika have been penned by Prasoon Joshi, chief of Central Board of Film Certification. The biopic, which is highly based on the life of queen of Jhansi and her war against the British East India Company during the Indian Rebellion of 1857, is directed by Krish Jagarlamudi.

Amid controversies, Ranaut recently announced her plans to get married by February 2019, reported The Quint.

Slated to release on April 27 and produced under the banner of Zee Studios, Manikarnika also stars Sonu Sood and Ankita Lokhande.