Frieha Altaf gets called out for ridiculing people's wardrobe choices

Frieha Altaf gets called out for ridiculing people's wardrobe choices

The self-procla­imed 'Queen of PK' has been part of the fashio­n indust­ry for over a decade­
By Entertainment Desk
Published: February 6, 2018
Tweet Email 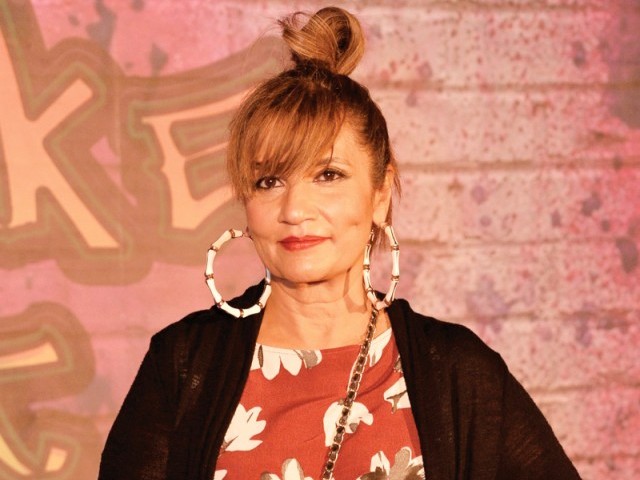 KARACHI: PR mogul Frieha Altaf has come under the limelight once again this month – though this time for all the wrong reasons. The self-proclaimed ‘Queen of PK’ has been part of the fashion industry for over a decade and recently sparked controversy over a random person’s fashion choices.

Earlier this month, Altaf shared her experience as a victim of child abuse. This was a brave move considering such subjects are still a taboo in Pakistan and people lauded her stance on the issue.

I was sexually abused by our cook at age 6. My parents took action but everyone remained silent as if it was my shame. At 34 I realised how it had impacted my life.the only shame is keeping SILENT #ChildAbuse #shame #NoMoreChildAbuse #MeToo #JusticeForZainab #HowToStopChildAbuse

Altaf took to Instagram to share a few videos of random people at the airport objecting to what they chose to wear. Facebook user Riffat Alam called out Altaf’s hypocrisy on standing up for what’s right.

Alam refused to accept Altaf’s use of star power to ridicule others whereas claiming that she should, instead, be using her platform to fight against other social issues such as bullying.

FYI Pakistan is more known globally for Nusrat Fateh Ali Khan and Amjad sabri and their ancestors while a woman called Freiha Altaf exists nowhere beyond Lux saabun ka bubble. So next time think twice before you ridicule someone for dressing like a Qawwal

So a mom with a kid was walking to board her flight when Miss @FriehaAltaf decided to shoot her with a comment "Its been a longtime since we saw someone with a waistcoat except a qawwal" and posted it as her Insta story. Who the hell are you miss? Fashion ki paighamber? ..cont pic.twitter.com/t18t6iVUIj

Maybe wearing a newspaper to airport would win us Frieha’s unwanted approval?! ‍♀️ so soon these people forget that if they are privileged, they don’t have the right to insult or mock mediocricy or any level. pic.twitter.com/8oaV2H1lfN

Oh how I hate these kind of people. Wearing branded clothes with 5kg make up doesn’t make you superior. @FriehaAltaf you have no right to judge others keep your dresscode to yourself. These ladies are beautiful and have every right to dress the way they want.

#FriehaAltaf shaming people on her snap for their dressing at the airport after her recent 'been abused & #metoo" speech. Hypocrisy much.

It’s so sad when fully grown adults don’t know how to act as functioning members of society. This is something a teenager would post and think they’re super cool for doing it

One even point out Altaf’s hypocrisy over freedom of choice.

That awkward moment when you see Frieha Altaf talking about #FreedomOfChoicehttps://t.co/qw63bw78bm

While Altaf has managed to pull down the videos from her social media handle, Alam was quick to grab screenshots and make the issue public. She also sent a personal message to Altaf stating that judging others’ wardrobe choices was a low blow.

…shallowness, if you choose the latter, you're not fit for the status you enjoy. #friehaaltaf #Pakistan pic.twitter.com/BH6olBW81V

However, even after removing all evidence, Altaf continued tweeting about abuse – raising fingers on her sincerity to the cause.

Over 222 cases of sexual abuse of children registered inK-P in 6years. Imagine how many went unreported. Need to expand child protection units in the province @Sahil_NGO @NJLahori

According to Sahil 22000 child abuse incidents have been recorded in Pakistan in the past 7 years. Our children are unsafe and vulnerable. Talk to them about this subject. #aikzarooribaat #catwalkcares #knorrcares @Sahil_NGO @NJLahori @ShehzadRoy

Altaf has not made any comments on the matter as of now, but the concerned Pakistani public would like her to come forth and elaborate on her case.