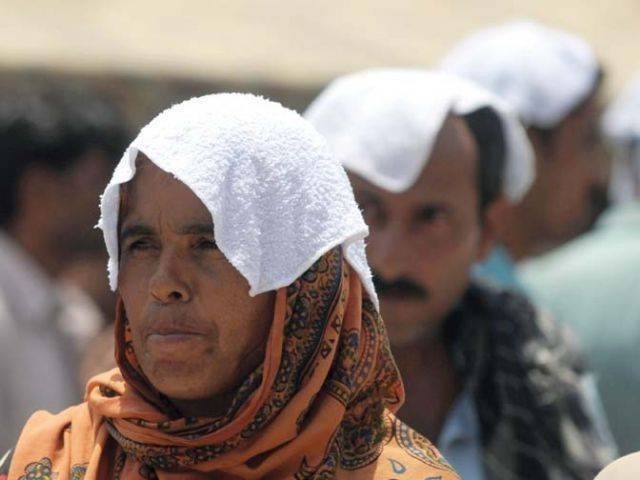 ISLAMABAD: By the end of this century, the annual mean temperature in Pakistan may rise by 3 to 5 degree centigrade, resulting in worst water crisis, decrease in hydropower generation and a dip in the yield of wheat and rice crops. The mortality rate due to extreme heatwaves is also likely to jump up.

A report titled, ‘Climate Change Profile of Pakistan’ prepared by an international climate technology expert Qamar uz Zaman Chaudhary, and issued by the Asian Development Bank (ABD) reveals these horrific facts regarding the impact of climate change on Pakistan.

Meanwhile the number of heat wave days per year has increased nearly five folds in the last 30 years. …. Sea level along the Karachi coast has risen to approximately 10cm in the last century,” it says.

Sea level is expected to rise by a further 60cm by the end of the century and will most likely affect low-lying coastal areas south of Karachi towards Keti Bander and the Indus River Delta.

“Demand for irrigation water may rise due to higher evaporation rates. Yields of wheat and basmati rice are expected to decline and may drive production northward, subject to water availability.

“Water availability for hydropower generation may decline…hotter temperatures are likely to increase energy demand due to increased air conditioning requirements…warmer air and water temperatures may decrease the efficiency of nuclear and thermal power plant generation…” it claims.

It says the average annual rainfall is not expected to have a significant long term trend, but is expected to exhibit large inter-annual variability.

Winter ‘to end soon’ with little chances of rains

“Urban drainage systems may be further stressed by rainfall and flashflood, sea level rise and storm surges may adversely affect coastal infrastructure and livelihood,” it warns. The report calls for concentrated efforts by the government and civil society at all levels to mitigate these threats.

Under the UN Framework Convention on Climate Change, Pakistan intends to reduce up to 20% of its 2030 projected greenhouse emissions, subject to availability of international grants to meet the cumulative abatement costs amounting to approximately $40 billion.