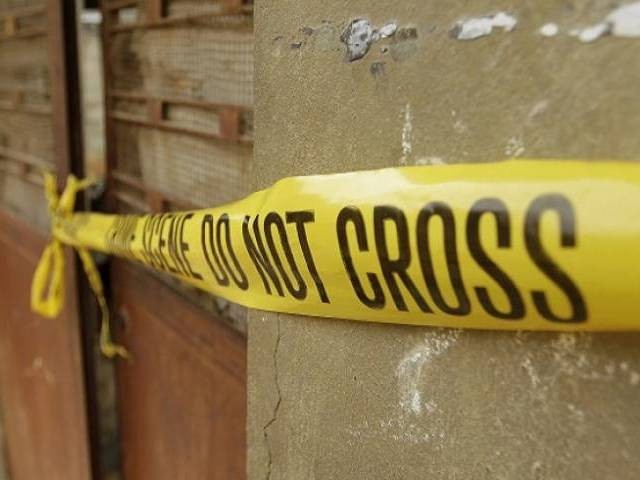 KARACHI: In a shocking incident of target killing a Chinese national, working at a non-CPEC related private shipping firm in Karachi, was shot dead in broad daylight in the city’s upscale neighbourhood on Monday afternoon.

“Two Chinese nationals had left their office at around 1:30pm for lunch at a restaurant in Block-2 Clifton,” read a press statement issued by the office of Zone South deputy inspector general (DIG). “After having lunch they moved towards Neelum Colony opposite Zamzama Park for purchasing vegetables and fruits.”

It further read that they were sitting in their white coloured Honda Civic when an unidentified assailant opened fire from the front side of the car, which critically injured 46-year-old Chen Zhu. However, Ye Fan, also a Chinese national, remained unhurt in the attack. The attack also left Hassan Abbas, a pedestrian, wounded in the attack.

Both the injured were shifted to the Jinnah Postgraduate Medical Centre where Chen succumbed to his injuries.

Soon after the incident the crime scene was immediately cordoned off by an extra contingent of police and rangers to gather evidence.

Police investigators recovered at least nine empty shells of a 9mm pistol from the crime scene. The bullets have been sent to the forensic division of the Sindh police for a ballistics examination.

“Crime scene and the vehicle was photographed and later shifted to the police station,” read the DIG’s statement.

The Chinese employees of the shipping company, which has been working in Pakistan since early 1990s, have been provided with three police guards from the Foreigners Security Cell. However, on Monday, the two Chinese citizens did not take their police guards, which is against the security instructions issued to them.

The first information report of the attack has been registered with the counter terrorism department.

“We are getting the details of the route of the victims with the help of a tracker installed in his car,” said District South police chief SSP Javed Akbar Riaz. “We are also looking for the CCTV footage of the entire area as well as looking for the victim’s call record.”

SSP Riaz further said that the case was being investigated from different angles, including business concerns and personal enmity.

According to JPMC’s Executive Director Dr Seemin Jamali, the Chinese national died during treatment as the single bullet on his head proved fatal.

On the other hand the victim’s medico legal report indicates that the deceased received two bullets – one crossed his head while the other was stuck in the head.

The deceased was a resident of Lalazar Drive on the Beach Luxury Hotel Road where the company’s office is also located. He was serving as the managing director of the company since the last two years. His body has been kept at a morgue and will likely be sent to China today (Tuesday).

Governor Sindh Mohammad Zubair and Home Minister Sohail Anwar Siyal also took notice of the incident and have ordered the police officials concerned to take all measures to ensure that the suspects are arrested.

Sindh Inspector General of Police (IGP) Allah Dino Khawaja also took notice of the incident, and has ordered the police officials to start a proper investigation into the matter and arrest the assailants behind the attack.

The police investigators believe that the target killer was following the car of the Chinese national for some time. They also said that the involvement of a militant outfit could not be ruled out. However, no militant outfit has claimed responsibility for the attack, so far.

CTD in-charge Raja Umer Khattab said that nothing could say anything about the perpetrators as the investigations are in preliminary levels.

Following the incident, security has been beefed up for foreigners, particularly Chinese nationals across the province.

Intelligence agencies have already warned of possible attacks on Chinese nationals in the country.

Hundreds of Chinese nationals are working in Pakistan following the CPEC project while over four thousand police personnel have been deployed on their security.