Mushaa­l says it is the fifth genera­tion of Kashmi­ris who are facing brutal­ities by the Indian state
By Our Correspondent
Published: February 4, 2018
Tweet Email 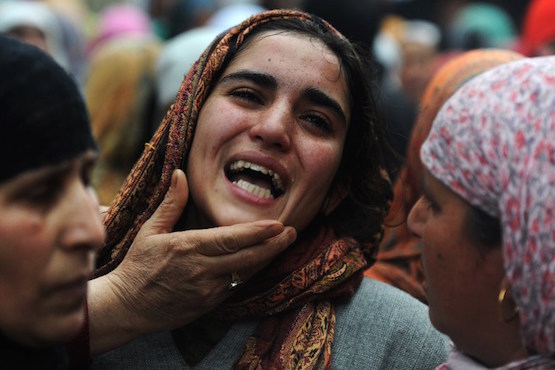 LAHORE: A ceremony was held to celebrate Kashmir Solidarity Day by the Unique Group of Institutions, in collaboration with the Punjab Higher Education Department at Aiwan-e-Iqbal on Saturday.

Speaking on the occasion, Mushaal said they were hopeful that the youth would bring revolution to Kashmir. She said that the death of Burhan Wani, the slain young Kashmiri freedom-fighter, exposed the injustices. He added this was the fifth generation of Kashmiris who were facing brutalities of the Indian state, she added.

She continued that the day was near when the people of the region will achieve freedom despite the oppression of India. She also appealed to the Pakistani youth to support cause of freedom of Kashmir. She appreciated the organisation of the ceremony to express solidarity with Kashmiris.

Provincial Higher Education Minister Syed Raza Ali Gillani said that freedom was the fundamental right of every living being. He hoped that Kashmiris will soon also be enjoying the same. “Kashmir is an integral part of Pakistan and we will keep supporting Kashimir diplomatically, despite the hue and cry of India,” he added.