Claim the local police chief has barred them from perfor­ming in events, threat­ened with expuls­ion
By Hidayat Khan
Published: February 3, 2018
Tweet Email 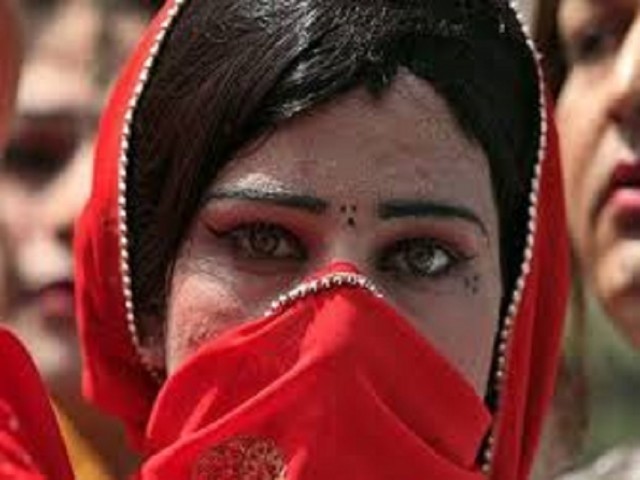 'Transgender are socially isolated and are forced to live like a marginalised community', a Mardan community states in petition. PHOTO: REUTERS/FILE

PESHAWAR: After police officials in Mardan stopped a group of people who are transgender from performing in events, the community has approached the court, urging it to intervene.

“The DPO is violating our fundamental rights,” argued petitioners Zahoor Ahmad and Iftikhar, adding that performing at events was their only source of income.

“Like others, Mardan is our city as well and we have the right to life.”

The petitioners went on to argue that while their rights were protected under the Constitution, the police department has never protected their rights. Rather, officers often accused people who are transgender of vulgarity and of destroying the morals of the society.

The transgender via their petition told the court that are the permanent residents of Mardan and were living in their personal houses. They perform at different gatherings such as weddings to earn a livelihood. However, the DPO has now objected to their presence and has directed all police officials in the district to stop people who are transgender from performing at any event. In the event the orders are violated, they will be booked in criminal cases.

“They [police] have also issued directives that no transgender will be allowed to reside in Mardan,” accused the petitioner.

“Transgender are socially isolated and are forced to live like a marginalised community,” read the petition. “They [people who are transgender] are also not treated and protected equally by the police officials and the society due to which they feel insecure.”

The petitioners further that they have also met with the DPO to determine the reasons behind his order. During the meeting, they said, the DPO talked about how people who are transgender are involved in illegal acts such as peddling drugs, kidnapping and prostitution.

“However, he did not provide any proof of such acts,” the petitioners said.

Due to the way they identify their gender identity and express themselves, people who are transgender said that they had either been expelled from homes by their families or had left their homes due to routine harassment in the streets by their families, neighbours and society because.

Demanding that they should be integrated as equal citizens in the society and be treated with empathy, the petitioners contended that they are instead discriminated against on the bases of their gender.

They urged the court to stop the police from harassing them and ask the government to declare as illegal, unconstitutional and without any lawful authority the DPO’s orders and asked the court to allow them to participate and perform in gatherings to earn their livelihood.

In 2009, the Supreme Court had taken a sou moto notice over the plight of the transgender community and had ordered that they are recognised in the national identity database as a third gender.