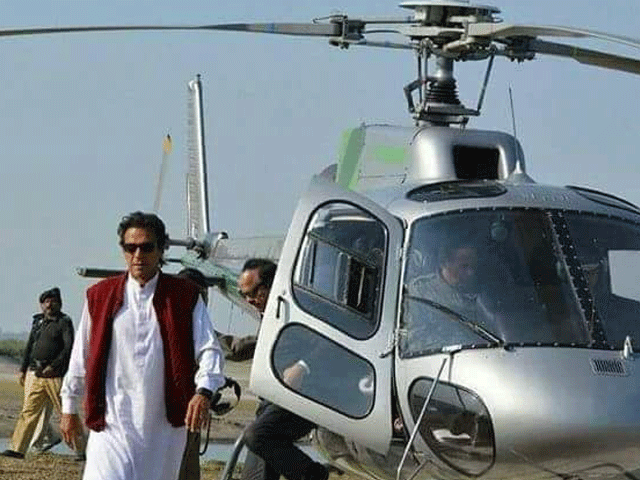 The inquiry has been ordered against Imran and K-P Chief Minister Pervaiz Khattak for misuse of authority and use of a couple of government owned helicopters at a cheap price.

NAB has directed its K-P-wing to conduct the inquiry into the report of private use of two helicopters, MI-17 and Ecureuil, for taking hours long flights to facilitate party chief Imran Khan.

According to reports, Imran had used MI 17 helicopter for 22 hours and Ecureuil helicopter for 52 hours and paid only Rs28,000 per hour for a collective 74 hours of flying. The total cost of flying hours paid was Rs2.1072 million. 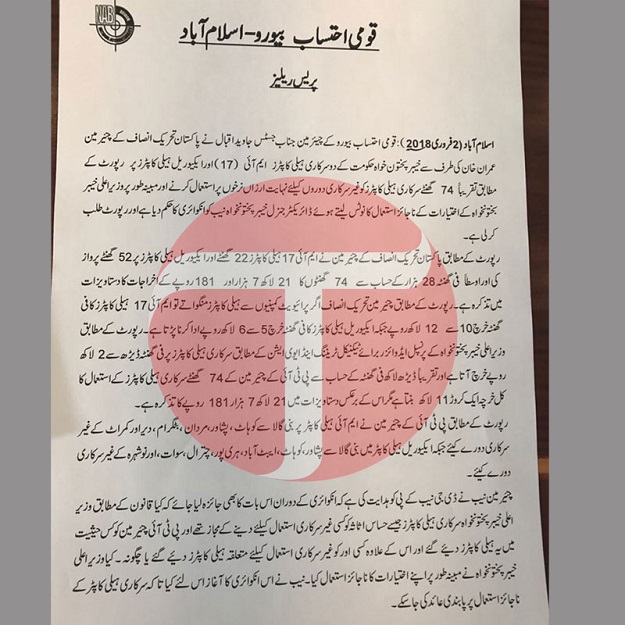 According to the principal adviser to K-P CM on technical training and aviation, the per hour expenditures of an official helicopter were from Rs150,000 to Rs200,000. And PTI chairman had to pay Rs150,000 per hour on use of official helicopter. Total payable should be Rs111,100,000 but the amount mentioned in the official documents is only Rs2.1072 million.