Uth Oye! goes out to 27 countries around the world: CEO

Uth Oye! goes out to 27 countries around the world: CEO

CEO of the cause-based clothi­ng brand remark­s that it now goes out to countr­ies like India and Dubai.
By Ema Anis
Published: May 5, 2011
Tweet Email 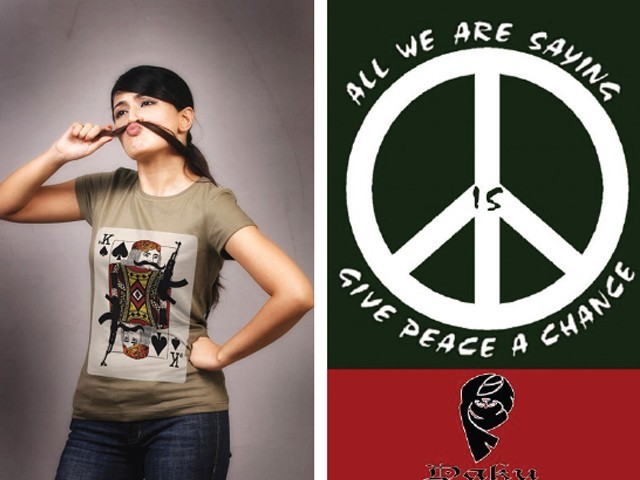 CEO of the cause-based clothing brand remarks that it now goes out to many countries including India and Dubai. PHOTO: PUBLICITY

Zohaib Chaudhry, the CEO of Uth Oye! a socially responsible Pakistani clothing brand, revealed that the brand has been doing extremely well via the online sales as it now goes out to 27 countries all over the world.

Chaudhry, speaking on The Morning Show with Huma Amir Shah on Express 24/7, announced the opening the brand’s first outlet in Lahore next week.

Uth Oye!, which brings a collection of t-shirts, jeans, bags and other accessories, identifies with various social causes by donating 50% of its funds to non-profit organisations dedicated to providing electricity, education, food and gas in Pakistan.

“The buyers can easily pay for the products in cash when they get delivered to their homes… You don’t even need to have a credit card,” commented Chaudhry on the service. “Even the extra charges are not more than just Rs50-60.”

He added that everything that comes with their products, from the tags to the bags they’re in, can be used by the consumers later. “The tags are made from a hard material and can be used as a book-mark… We don’t want any single thing to be wasted.”

He also said that the brand not only helps with the social work but also spreads awareness among the people through its products.