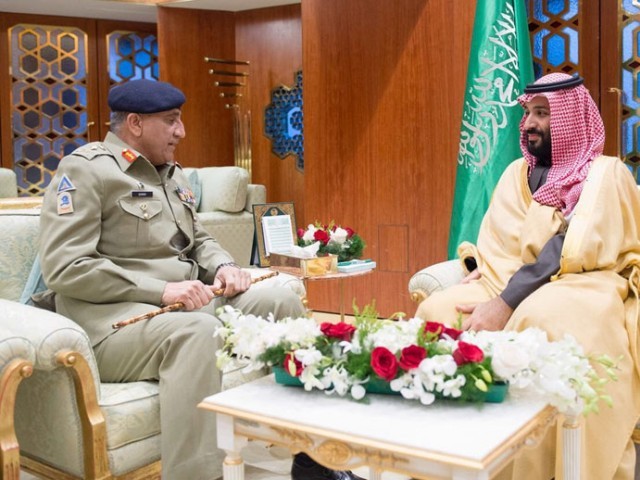 During the meeting, the COAS and Saudi crown prince discussed bilateral military ties among other issues of common interest. Saudi Vice President of the Council of Ministers and the minister of defence were also present at the meeting.

However, there was no official statement from Inter-Services Public Relations (ISPR) of the army chief’s visit.

In October 2017, COAS arrived on an ‘unannounced’ visit to Riyadh where he met Prince Mohammad bin Salman and discussed bilateral issues, with special emphasis on military-to-military relations. Attendees at the meeting included senior Saudi officials, according to the SPA.

On the occasion, the two exchanged views on bilateral ties, especially on the military relations. Ground Forces Lieutenant General Prince Fahd bin Turki bin Abdulaziz also hosted a luncheon in honour of the army chief. A number of officials attended the meeting, the report added.

US says ‘deeply troubled’ by reports of Myanmar mass graves