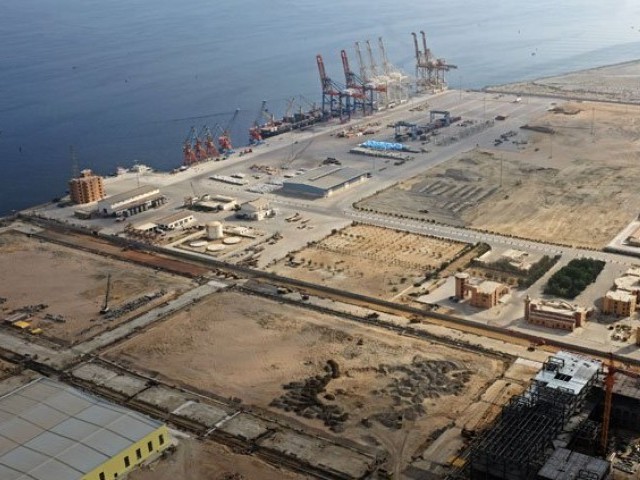 Addressing a lecture on ‘The Role of a Central Bank in National Economic Development’, he said, “I am impressed with the CPEC project as it is a powerful symbol of the purpose of sacrifice for the future.”

The lecture was part of an annual arrangement, 22nd in the series, which the State Bank of Pakistan (SBP) organises every year in honour of its first governor Zahid Husain where it invites world’s renowned economists to deliver lectures.

The state needs to collect taxes for performing its core functions so the standard model of the effective state is its capacity to tax and ensure checks and balances on the abuse of power, said Collier who received knighthood in 2014 for his services to promoting research and policy change in Africa.

The economist suggested that trust is needed for collective sacrifice to achieve future prosperity. “People need to trust each other that they should contribute because others will contribute. People need to trust their rulers, that if they give the government their money, the rulers will use it wisely for these investments, rather than to enrich themselves.”

He also said that the role of the central bank is to encourage the belief among people that the state is capable of resolving their problems, and that they also need to trust each other for a shared future.

Professor Collier, whose areas of research include the effects of aid and the problems of democracy in low-income and natural resources-rich societies, said that some countries have performed much better than others in terms of economic growth in the last few decades.

“Some countries have achieved so much economic growth in the last 50 to 60 years while others have been left behind. There are examples where some countries failed to perform well despite being a functioning democracy due to their specific problems whereas those countries that were considered authoritarian states moved forward.”

Replying to a question, he said that economic development does not depend on the type of government – that is presidential or parliamentary form of government.

Citing an example, he said, when he used to visit Singapore a few decades ago it was far behind compared to the UK. “But the situation is completely changed today, which indicates the sense of shared belief and future in the state of Singapore and its people.”