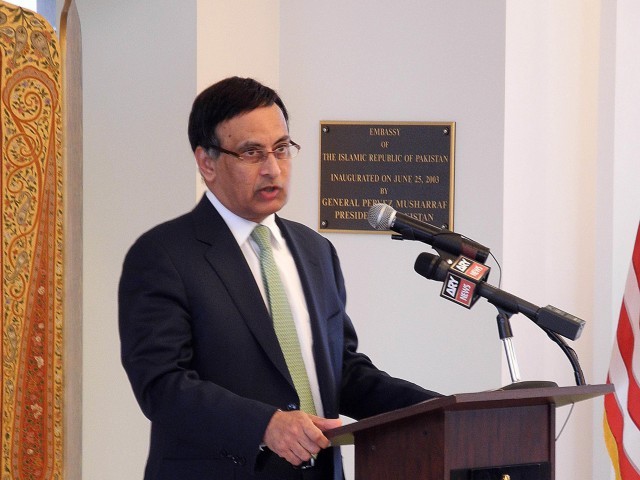 Ambassador to the US says Pakistan would be conducting an inquiry into how such an intelligence lapse occurred. PHOTO: AFP

WASHINGTON: Pakistan’s ambassador to the United States Hussain Haqqani said that he and his embassy were receiving threatening phone calls and emails since the US raid that killed al Qaeda leader Osama bin Laden in the garrison town of Abbottabad on Sunday.

Haqqani emphasised that Pakistan would be conducting an inquiry into how such an intelligence lapse occurred. He said that it was important to reassure people that Pakistan did not look upon Bin Laden favourably.

The ambassador said that if the US has intelligence that Mullah Omar is in Pakistan, then Pakistan has to take it seriously and work with the US to locate him and everyone else connected to global terrorism.

Haqqani admitted that there was a mistrust between Pakistani and US intelligence agencies and that both countries were working very hard to dispel that. On the issue of sovereignty, Haqqani said that that Bin Laden had also been infringing on the country’s sovereignty and that it was time for Pakistanis to wake up and stop making excuses.