14 photos from events around the world
By Multimedia Desk
Published: February 1, 2018
Tweet Email

Palestinians warm themselves inside their house in the northern Gaza Strip. PHOTO: REUTERS 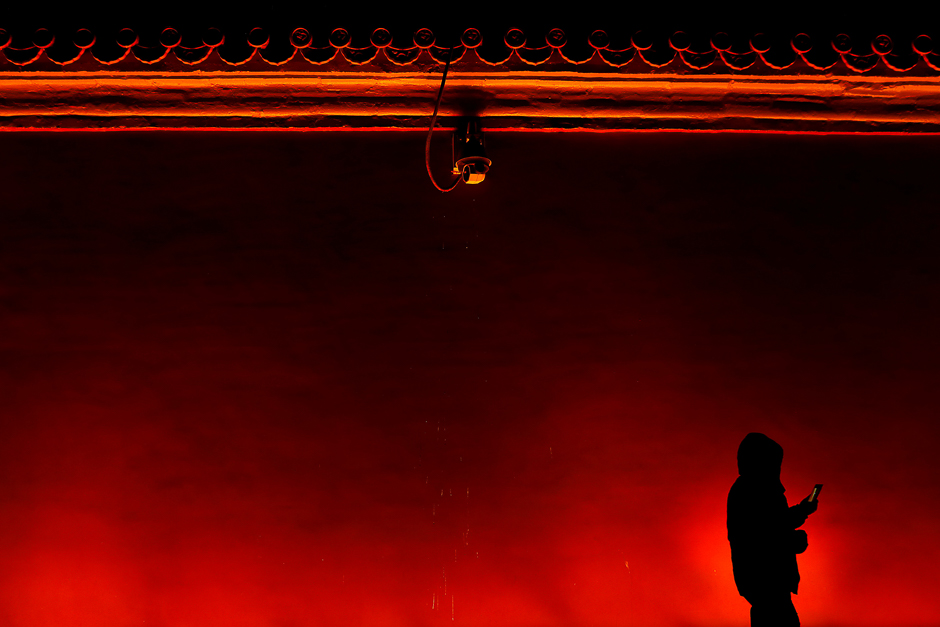 A man walks away under a security camera after taking pictures of the super blue moon from just outside the Forbidden City in Beijing, China. PHOTO: REUTERS 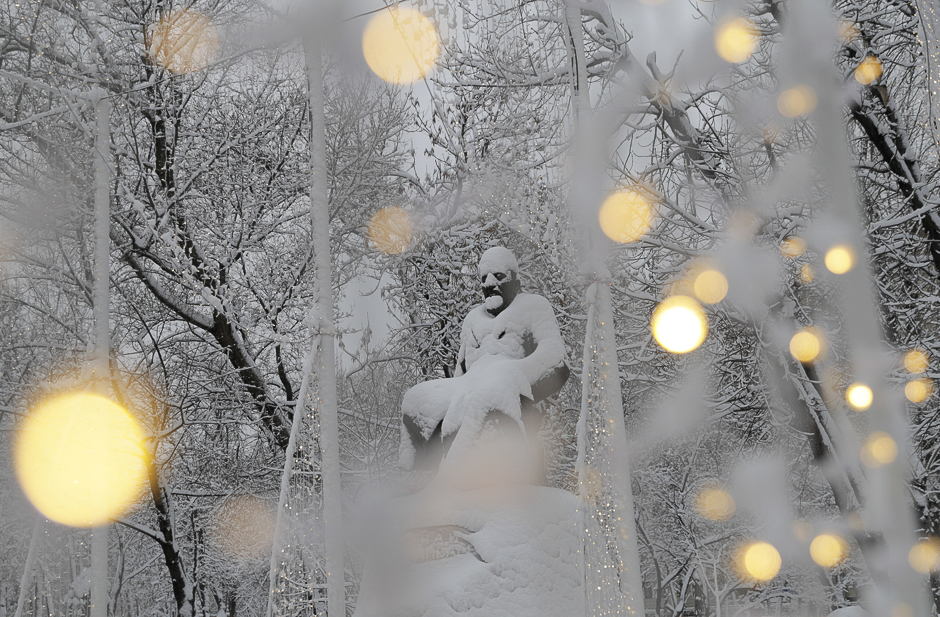 A view shows a monument to Kazakh poet Abai Kunanbayev after a heavy snowfall, with illumination lights seen in the foreground, in Moscow, Russia. PHOTO: REUTERS 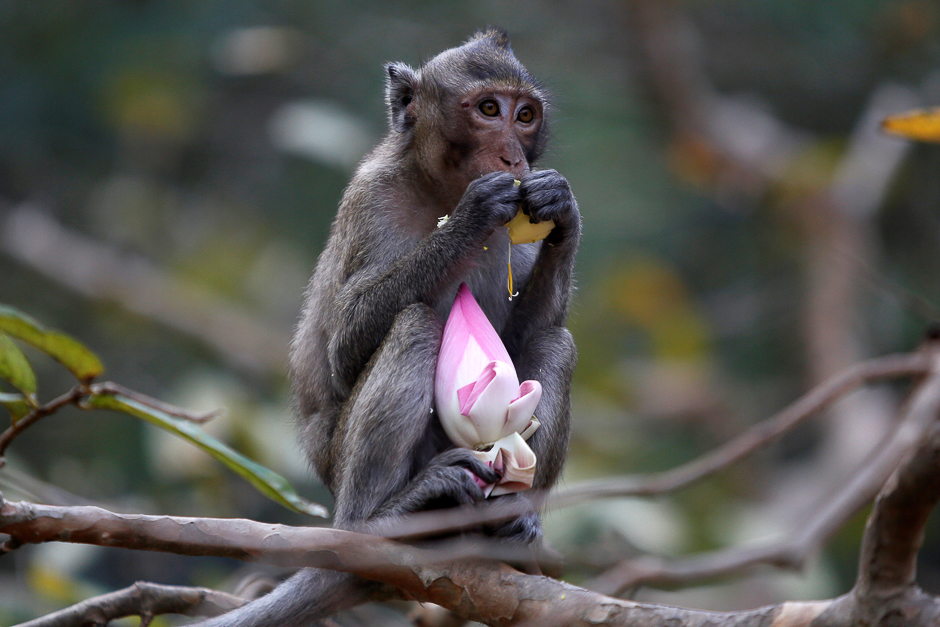 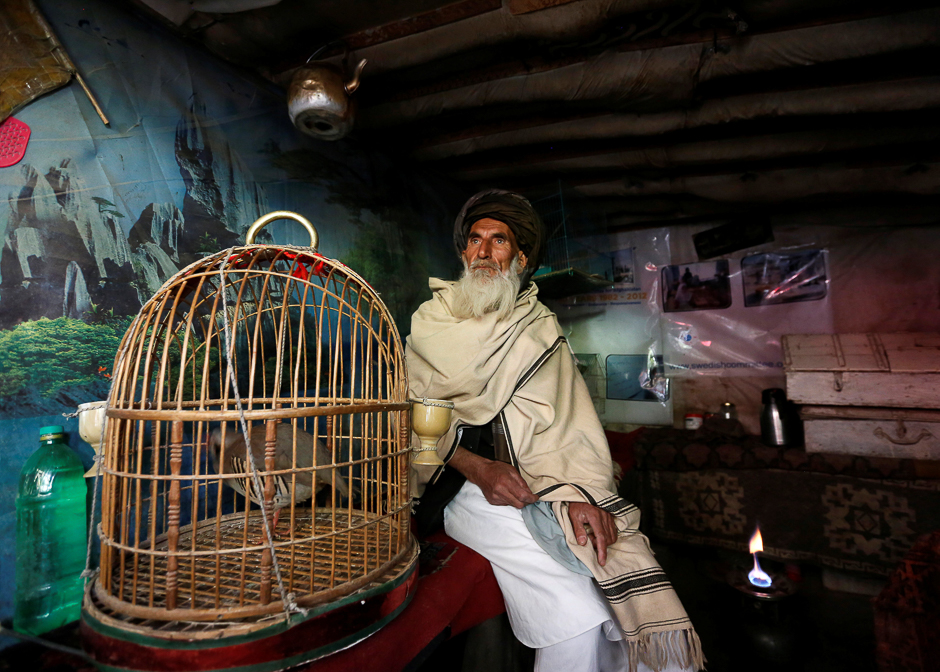 Mohammad Jan, 67, sits beside a cage of partridges in a shop at Ka Faroshi bird market in Kabul, Afghanistan. PHOTO: REUTERS 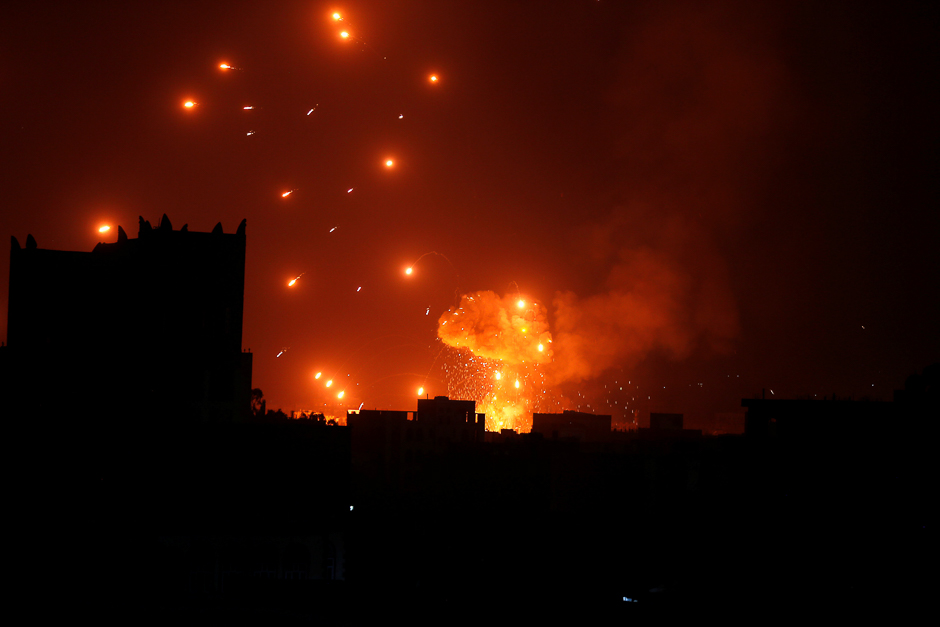 A Houthi arms depot explodes after it was hit by air strikes in Sanaa, Yemen. PHOTO: REUTERS 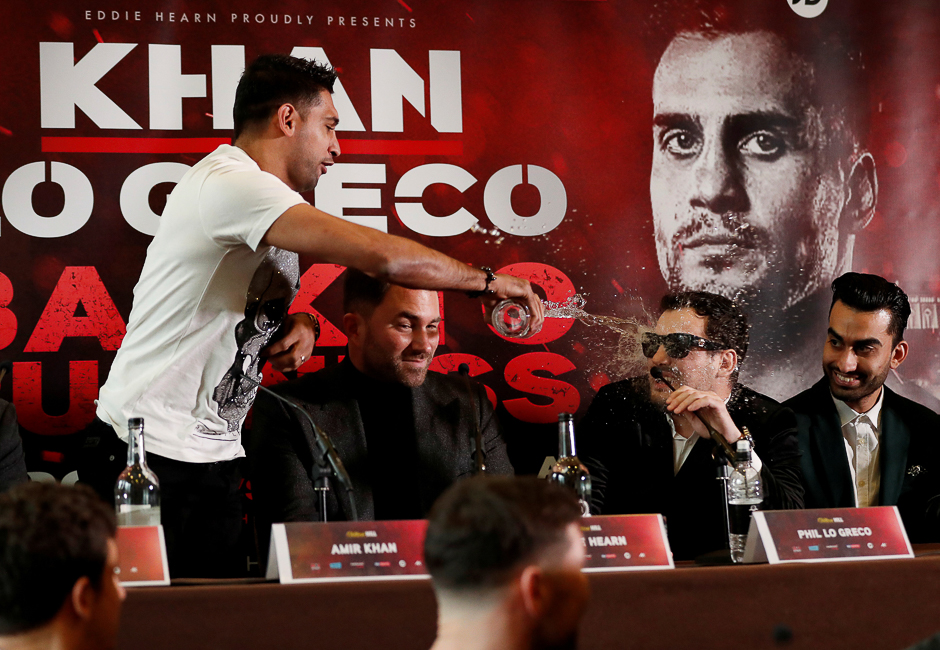 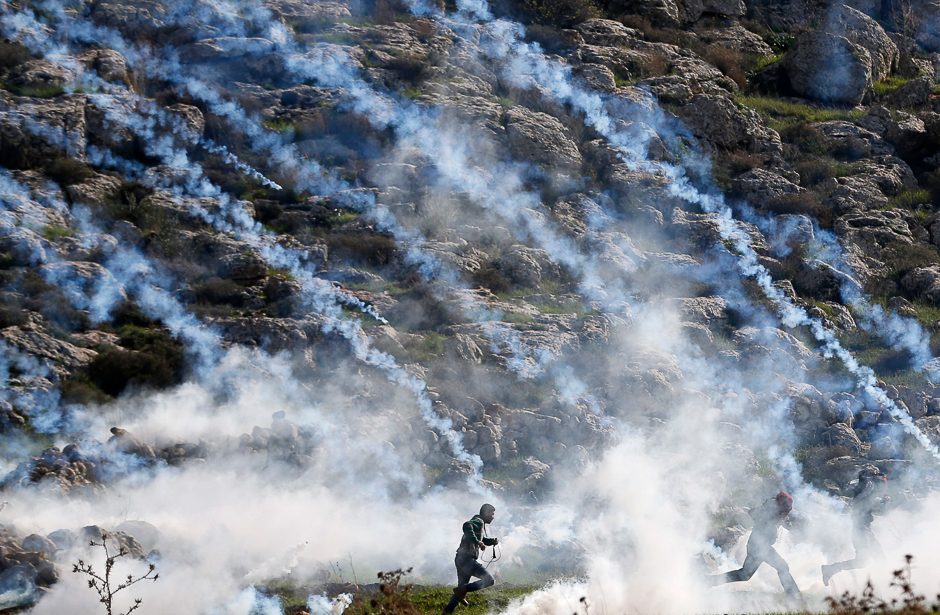 Palestinians run for cover from tear gas during clashes with Israeli soldiers in the village of Mugheer, about 25 kilometres northeast of the city of Ramallah, in the occupied West Bank. PHOTO: AFP 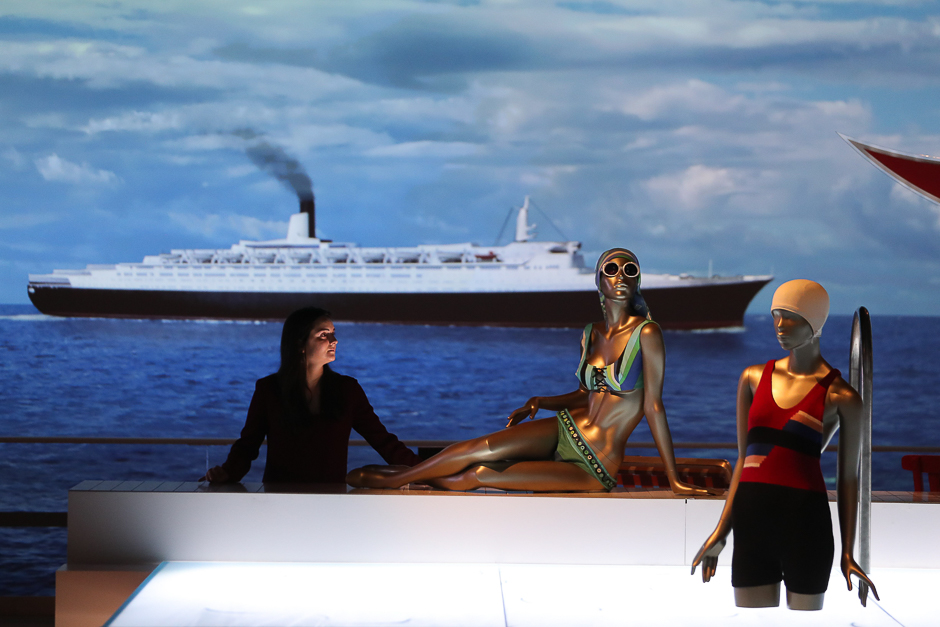 A museum employee poses next to mannequins in bathing suits from the 1920’s to 1950’s presented at a new exhibition ‘Ocean Liners: Speed and Style’ at the Victoria and Albert Museum in west London. PHOTO: AFP 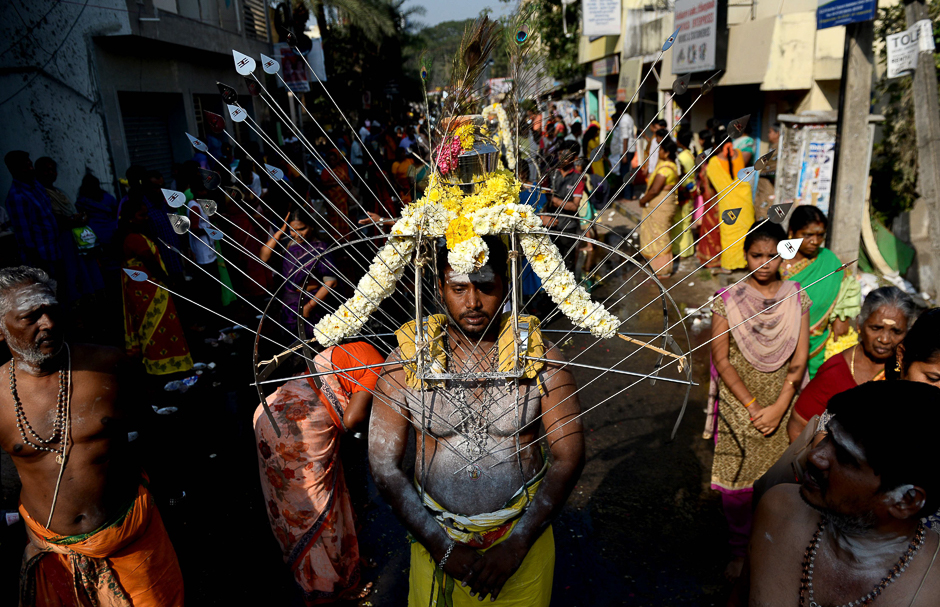 A Hindu devotee with his body pierced with metal skewers takes part in procession during the Thaipoosam festival in Chennai. PHOTO: AFP 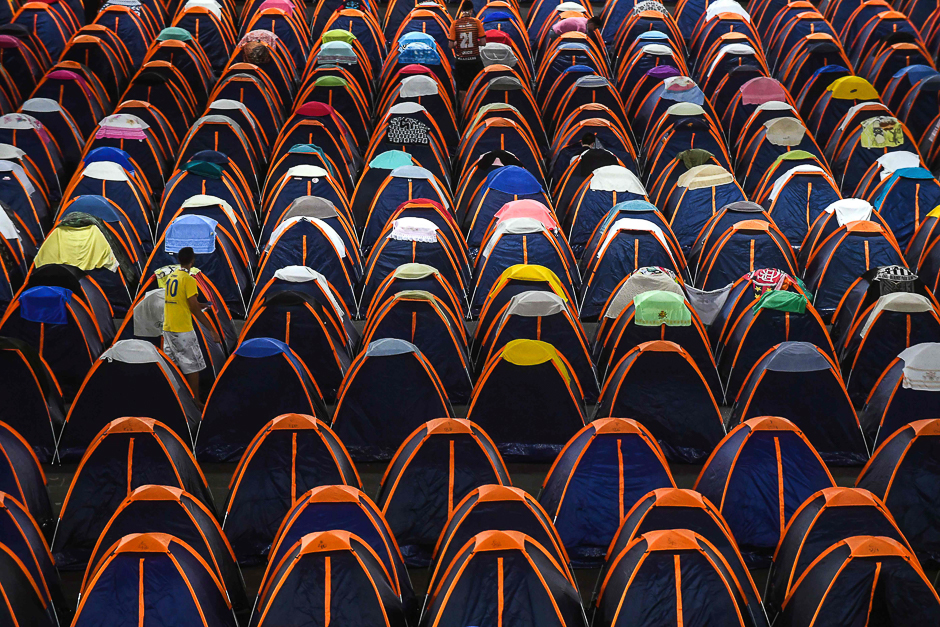 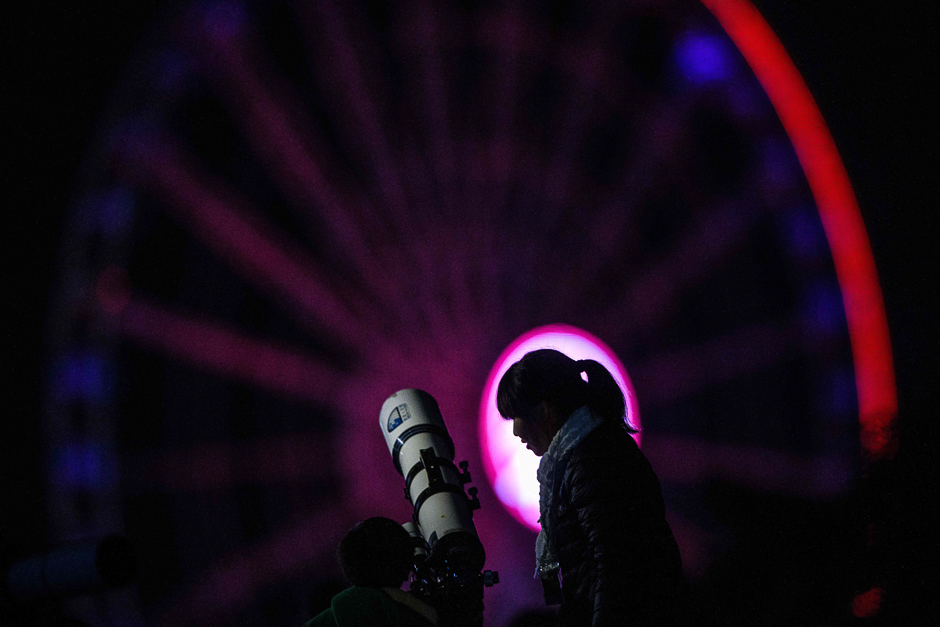 A woman and a child set up a telescope in front of a ferris wheel in the hope of seeing a ‘supermoon’ on a cloudy evening in Hong Kong. PHOTO: AFP 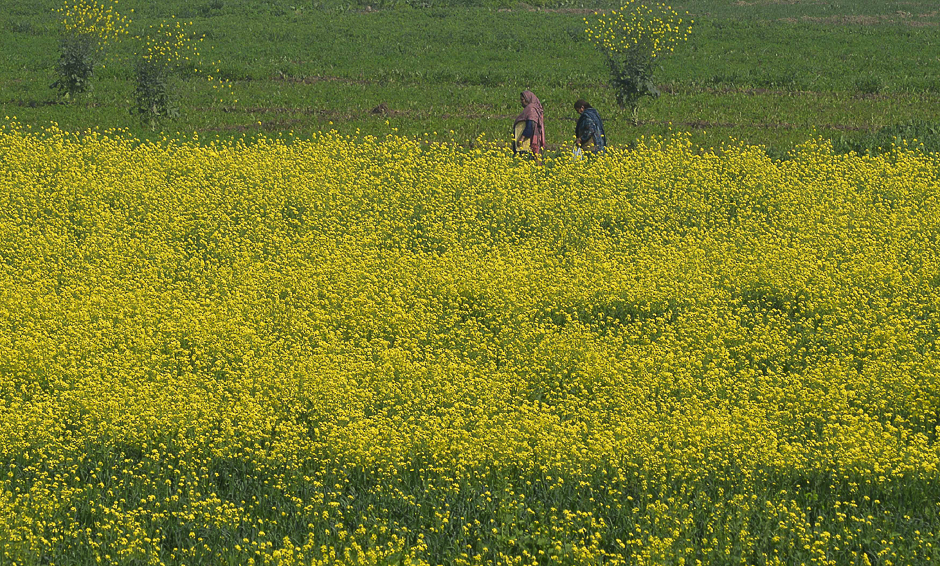 Pakistani women walk past muster field on the outskirt of Lahore. PHOTO: AFP 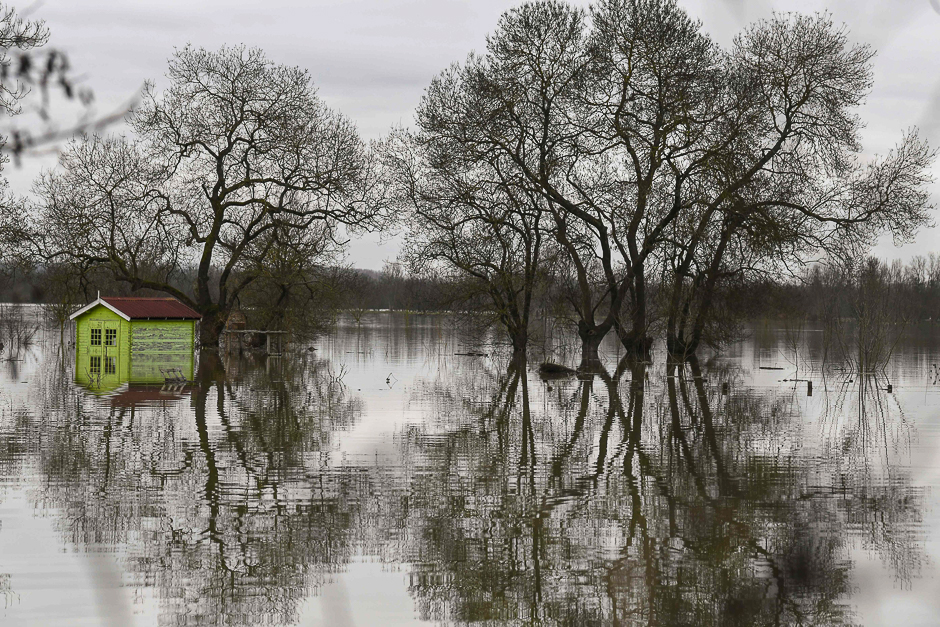 The flooded banks of the Saone River between Tournus and Macon, eastern France. PHOTO: AFP