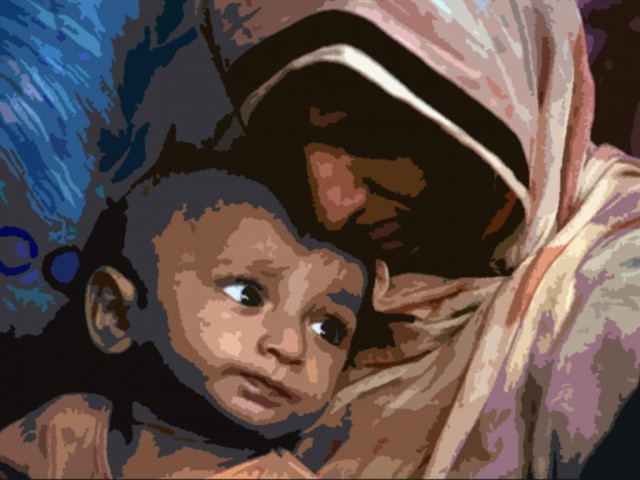 KARACHI: Pakistan needs to spruce up efforts to tackle the issue of mother and child fundamental health as the country lags far behind its Muslim neighbors like Iran, Bangladesh and Tajikistan, according to a study published in The Lancet.

The scientists found Pakistan ranked second worst country in tackling the death rate of children under the age of five. It was also observed that the country is progressing at a slower pace in tackling maternal mortality rate compared to developing countries in South and Central Asia.

Health insurance to be offered in all districts

The study pointed out that issues such as conflict, migration, political instability, government effectiveness, literacy, and female empowerment were key drivers of difference in maternal and child mortality.

“While rates of maternal and child mortality are generally higher in Muslim-majority countries such as Pakistan there are also several success stories,” said lead author Professor Zulfiqar A Bhutta, founding director of the Centre of Excellence in Women and Child Health at AKU.

“Efforts to improve the health of almost two billion Muslims worldwide, and reduce health inequalities will prove vital to achieving the Sustainable Development Goals, including peace building over the next 15 years,” he added.

Every year, worldwide, an estimated 303,000 mothers and 5.9 million children younger than five years of age die from largely preventable causes. More than 95% of these deaths occur in 75 countries of the world, predominantly in South Asia, Middle East and Africa.

The average density of health workers including physicians, nurses, and midwives was lower in Muslim-majority countries (20 vs 31 per 10,000 people) and was below the WHO recommended threshold of 23 workers per 10,000.

“Insufficient empowerment and lack of social support for women can limit their accessibility to basic healthcare, including family planning, and adversely impact health, nutrition and well-being of the entire family. Used as facets of female empowerment, the low levels of female literacy, high fertility rates, and early marriage of young girls seen in many Muslim-majority countries need urgent remediation,” said Nadia Akseer, first author of the report from the Sick Kids Centre for Global Child Health in Toronto, Canada.

Amina Mohammed, Deputy Secretary General, United Nations, stated, “Greater investments in reproductive, maternal, newborn and adolescent health are also some of our greatest tools in the face of rising levels of conflict and humanitarian crisis. We must prioritize the potential of women and adolescents as agents of peace through greater investments across health, education, and economic sectors.”