Urges govern­ment to immedi­ately publis­h a leaked report about the econom­ic costs of leavin­g the EU
By Reuters
Published: January 31, 2018
Tweet Email 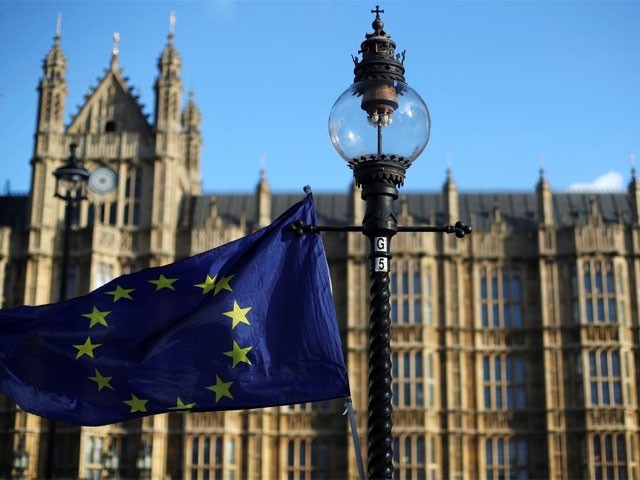 A European Union flag flies from a lamp post opposite the Houses of Parliament in London, Britain. PHOTO: REUTERS/FILE

Earlier Wednesday the government said it would allow lawmakers to see the report “on a strictly confidential basis” if parliament voted in favor.

Nicky Morgan, the chair of the Treasury Committee which monitors Britain’s finance ministry and central bank, said this did not go far enough.

“To ensure that parliament and the public have the best-informed debate about the future of the UK outside the EU, the government should publish this document immediately,” she said.

Extracts of the paper were published by news website BuzzFeed late Monday and showed that Britain’s economy will be worse off after Brexit whether it leaves the EU with a free trade deal, single market access, or with no deal at all.

German who bragged online of child murder sentenced to life