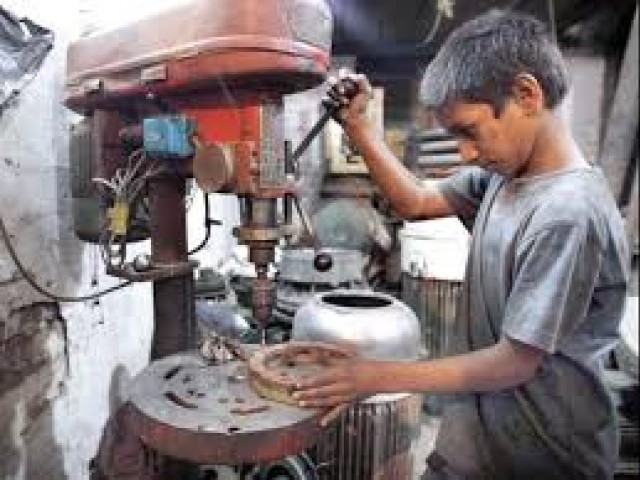 A child labourer operates a drill machine at a workshop in Lahore. PHOTO: APP

These laws are being codified with assistance of International Labour Organisation (ILO), Ministry of Overseas Pakistanis and Human Resource Development and Law and Justice Commission of Pakistan.

Official sources Monday said draft of two laws such as Employment and Services Conditions Act and Occupational Safety and Health Act had been approved in Ministry of Overseas Pakistanis and Human Resource Development and the same are under consideration with Ministry of Interior for onward submission to National Assembly for legislation.

The sources said a separate court had also been constituted in Islamabad Capital Territory Administration for speedy trial of labour challan while a vigilance committee was also working under supervision of deputy commissioner, of Islamabad to protect child labour on brick kilns.