Around 170 cases have been report­ed so far in differ­ent distri­cts of the provin­ce
By Ali Ousat
Published: January 30, 2018
Tweet Email 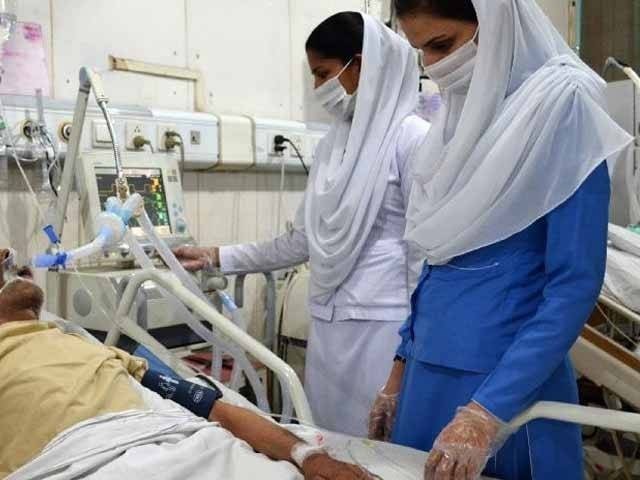 LAHORE: Four more people died of influenza in Lahore and Multan on Monday, bringing the total number of deaths to 39 in the province in 1.5 months.

According to the health department, a sufficient stock of medicines is available in hospitals in Punjab, including DHQ and THQ. Medical experts have suspected that the vaccine available for influenza is not working because many people are catching the virus despite getting the vaccination done, The Express Tribune has learnt.

According to the Punjab government health department data, around 170 confirmed cases of seasonal influenza were reported in different districts of the province, while 35 people died of the disease in the past one month in Multan, Rahim Yar Khan and Bahawalpur districts.

On Monday, the last four deaths were confirmed in Lahore’s hospitals and Nishter Hospital Multan, including three more confirmed patients admitted to the hospitals in Lahore.

Despite repeated attempts, the health department failed to provide data for confirmed deaths.

According to the source, around 39 people have lost their lives in Lahore, Multan, Rahim Yar Khan and Bahawalpur till January 29. They said that there is a lack of coordination among the different departments and poor reporting on the part of private hospitals is also one of the hurdles. Similarly, the DHQs and THQs are also reluctant to share their data in the provincial capital to maintain the record of the death toll.

In its last press release on seasonal Influenza, the health department accepted that seasonal influenza has become an epidemic, but it is declining with each passing day.

It was decided in the meeting that with the help of Punjab Health Care Commission all the private hospitals will be directed to ensure reporting of seasonal flu according to Sops.

Meanwhile, Punjab Specialised Healthcare and Medical Education Minister Khawaja Salman Rafique said that flu filtration clinics are functioning in all districts and medicine and vaccination have already been provided to all hospitals. He said that the health department is monitoring H1N1 cases on a daily basis and special teams are also visiting affected districts.

He also assured that the health department is working day and night and the disease would be eradicated soon.

Two more patients died at the Nishter Hospital in Multan on Monday. Meanwhile, four new suspected seasonal influenza patients were admitted to the hospital while three doctors, also infected with the virus, were shifted to an isolation ward.

While speaking to journalists, Nishtar Hospital Focal Person Dr Attaur Rehman said that of the total admitted patients, 126 tested H1N1 positive, while 110 tested negative. However, laboratory reports of 14 patients were awaited, he added.

He disclosed that three of the four suspected H1N1 patients belonged to Khanewal while one belonged to Muzaffargarh.

He said in this regard, an extensive meeting on H1N1 was held with Primary and Secondary Healthcare Minister Khawaja Imran Nazir. He maintained that during the meeting, it was decided that the virus would be eradicated in the next two weeks. The meeting has also decided to expedite special monitoring of H1N1 virus affected districts on a daily basis, he said. “Special teams have already been dispatched to respective districts.” On the occasion, the minister directed the Punjab Healthcare Commission to make it binding on all private hospitals to report H1N1 victims and ensure their shifting to public hospitals.

He said the health ministry appealed to the public to immediately contact doctors when the initial symptoms of the virus appear. He has also ordered all the health chief executive officers to ensure response to H1N1 cases without any delay to prevent the spread of the virus.

The minister added that flu filtration clinics were functioning while medicines and vaccines were available in all public hospitals. The meeting expressed concern over lack of implementation on flu reporting SOPs by private hospitals.