Rexha, who puts his hand in the mouths of his wolves, has named himsel­f an Alfa Wolf and made Trump his deputy­
By Reuters
Published: January 29, 2018
Tweet Email 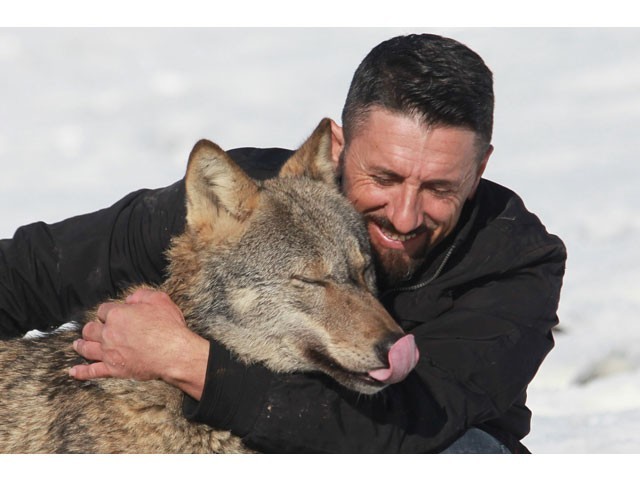 GJAKOVA, KOSOVO: When Hysni Rexha from Kosovo finally made his dream happen and took four wolves from the wild to feed and raise them he had no doubts over how to name one of them. He called it Trump.

“I have some other wolves but this one has a lot of energy in everything and he is very smart,” Rexha, who likes to be called a holistic vet, told Reuters from his small farm in western Kosovo.

Rexha, who puts his hand in the mouths of his wolves, has named himself an Alfa Wolf and made Trump his deputy.

“I admire (President) Trump, he has a lot of energy, he gives orders, he is a brave man, that’s why I named my wolf because he does the same things. He does not do what others do; he has his own style and does his mission.”

I tweet from bed sometimes, US President Trump says

He also has different chickens, pigeons, horses, cows, an eagle and peacocks. 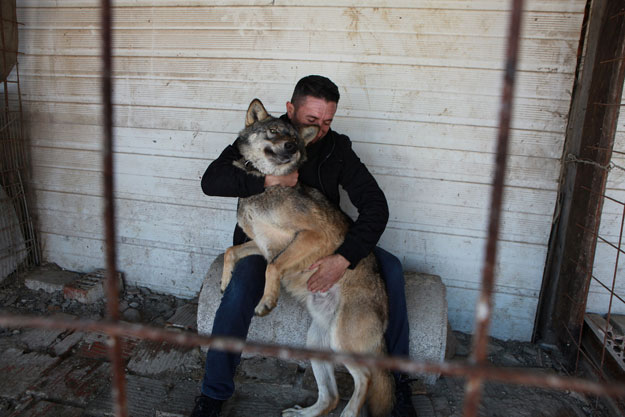 In a survey by Gallup International this month about how people rate the performance of United States government officials, Kosovo was ranked first in the world with 75 per cent of Kosovars approving of Donald Trump’s administration.

Many people in Kosovo have named their sons Klinton to show respect for former president Bill Clinton, who played the key role in the 1999 NATO intervention against Serbia which cleared the way for Kosovo’s declaration of independence.

Clinton is also the name of a boulevard in the capital Pristina and another one is called George W Bush.

“The Unites States was the biggest supporter during the war…I had no other way how to thank the US but to name my wolf as Trump. I see Trump as a wolf and my wolf as Trump,” Rexha said.