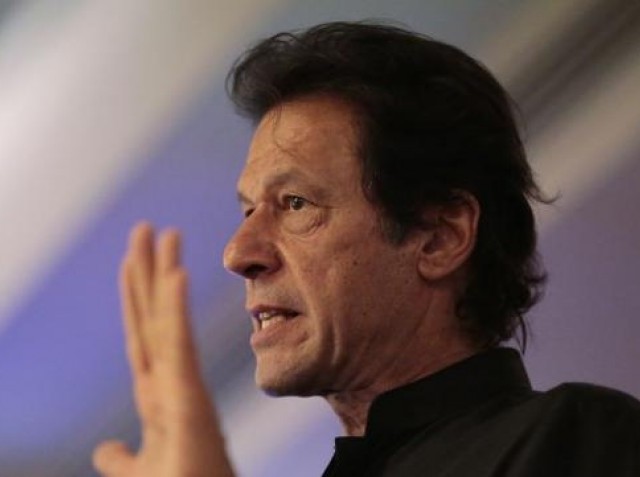 KARACHI: Pakistan Tehreek-e-Insaf Chairman Imran Khan on Sunday demanded investigation into the killing of people in staged encounters and said people like Rao Anwar should be brought to justice.

“All those 444 people killed in fake encounters should be investigated,” said the PTI chairman while visiting the protest camp set up by the Mehsud tribe near Super Highway.

“People like Rao Anwar should be brought to justice and those who are at their back must also be reached out,” he added.

He said the PTI was struggling against the present system that favours the influential.

It was ‘coordinated fake encounter’ of Naqeebullah by Rao Anwar, his police team: inquiry report

“Our struggle is against that system in which Naqeebullah Mehsud was killed,” said the PTI chairman.

“We have to struggle against murderers and killers like Rao Anwar who hid behind police uniforms.

“People would be proud to know that in Khyber-Pakhtunkhwa police cannot carry out such extrajudicial killings,” he said, adding, “Politicians, who propagate crime, are against the people like Rao Anwar.”

“We can proudly tell people that the PTI-led government has introduced a police act through which involvement in crime by anyone in police cannot be tolerated,” he said, adding, “We also want to make Sindh police free of any such political influence.”

He said no father should undergo suffering like Naqeebullah’s.

“We could have made a free membership but Rs50 would show us the dedication of our members. We don’t want to make them just a member. We want them to offer their fullest while becoming a member of PTI,” he added.

He also announced to plant three million trees in Karachi from next month. This he said while talking to addressing a PTI marketing event in Ramada hotel.