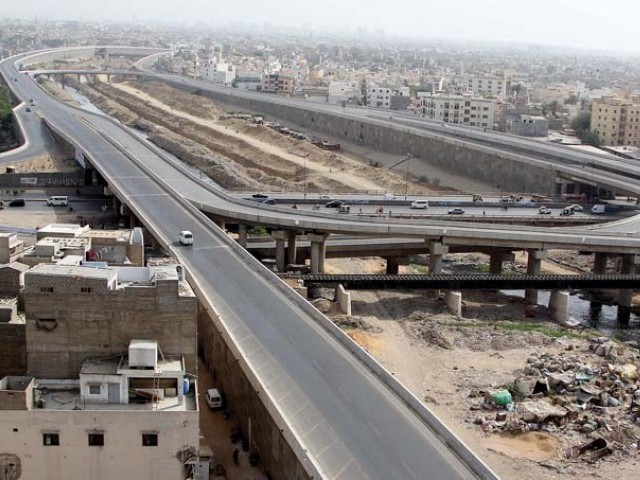 A view of the Lyari Expressway. PHOTO: FILE

The total length of the project including ramps is 38 km with the construction cost of Rs10 billion. It includes four interchanges, one at Sorab Goth, Manghopir, Sir Shah Suleman and Maripur. Besides, 20 major bridges are also part of the project.

The project is important because it aims to reduce the ever-growing traffic volume inside the city. The rush coming from the port and Super Highway (now M-9) will use the expressway to reach their destinations without going into the city. It will also reduce the flood damages to the areas along the river and will add to the environmental protection of the entire area.

“PM Abbasi will stay at the governor house, and hold meetings with party leaders as well,” an official told The Express Tribune, further adding, “He will also review the progress in Karachi package, and development projects funded by the federal government for different districts of Sindh.”

The official also confirmed that after staying tonight in Karachi, PM Abbasi will leave for Gawadar tomorrow where he will chair an important meeting related to development projects in the province.