Party lawmak­ers lash out at govt over its inacti­on
By Qadeer Tanoli
Published: January 25, 2018
Tweet Email 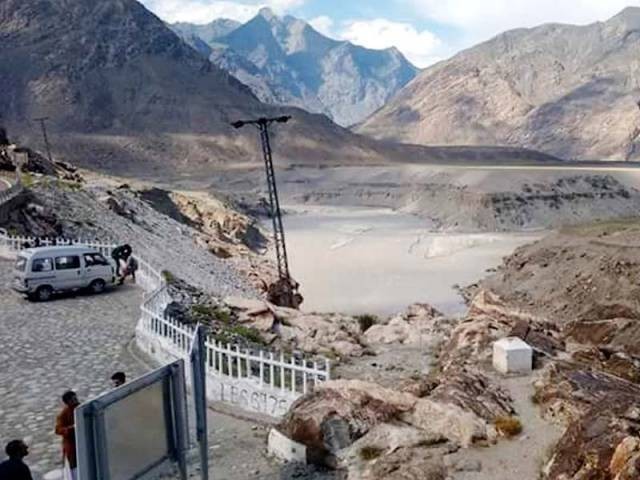 ISLAMABAD: Pakistan Tehreek-e-Insaf lawmakers expressed serious concerns in the National Assembly on Thursday over depicting Gilgit-Baltistan as part of India instead of Pakistan in all internationally recognised maps available for students conducting higher research.

On the other hand, the government did not consider it as a point of real concern, stating it has no control over private organisations that are involved in the process.

PTI’s Shehryar Afridi, on a calling attention notice, informed the house that G-B and Kashmir are not shown as part of Pakistan in the maps of Google Earth and other websites and raised the question whether Pakistan ever approached relevant forums to express its apprehensions over it.

Afridi also sought details of the measures or initiatives that have been taken by the government, including the legal measures, to tackle the issue.

Responding to the concerns, Minister for States and Frontier Regions Abdul Qadir Baloch said that anti-Pakistan elements are behind such evil moves.

He said, “India does not let any effort to embarrass Pakistan at the world forums go.

“Their (Indian) foreign office is good at doing such a job (for them) and we also need to give them good response,” he stated.

At the same time he also stated that the Foreign Office is alive to the matter and taking steps to protect the country’s interests and discourage the elements involved in hatching conspiracies against the country.

The minister stated that internationally recognised maps supported by the UN indicate G-B as a disputed territory between Pakistan and India.

However, he said Pakistani maps show the territory of G-B as part of Pakistan.

However, the PTI lawmakers seemed unsatisfied by the answer of Baloch, as Dr Shireen Mazari raised question as to what has been stopping Pakistan from uploading its own maps on Google.

She was of the view that Jammu and Kashmir and G-B are shown as part of India.

Mazari stated that why the Survey of Pakistan can’t make its maps properly.

She said besides the students who are exposed to this dilemma even Pakistan’s own officials download the maps which are wrong.

Earlier, when the proceedings of the house started Dr Mazari of the PTI pointed out the quorum which was found breached on headcount.

Minister for Parliamentary Affairs Sheikh Aftab laid before the house the first quarterly report of the State Bank of Pakistan on the state of economy.

He said the bureaucracy had not wanted to finish the scheme and it had resisted this move. He said visa-on-arrival was reversed after a long struggle as a lot of vested interests were involved in it.

“I as interior minister was the only person during four-and-a-half years who neither himself gave visa-on-arrival nor allowed anybody else to do so.

“I even wrote a letter to the GHQ that nobody would be allowed to visit the country on the scheme of visa-on-arrival and a interior secretary had to go over this issue,” he further stated.

Talking about the international non-governmental organisations (INGOs) working in the country, he said they were backed by powerful forces, including the then-US Secretary of State John Kerry.

He said even heads of states, including Barrack Obama and David Cameron, had the support of those INGOs. He said he was of the opinion that when the organisations had the non-governmental status then why the governments were supporting them.

“Why do they not conduct international audit of them to know at what places in Pakistan funds were spent by these INGOs?” he stated.

The issue of INGOs should be taken up in the assembly, he said, adding that most of the foreign aid goes to the organisations themselves.

Khan also questioned whether parliament needs to debate curses hurled on the house or other matters of importance.

Shafqat Mahmood of the PTI inquired about Pakistan’s policy against the backdrop of the latest drone strike in the tribal belt.

“We should not tolerate any drone strike,” he stated.

Kishwar Zehra asked the government to announce a policy to deal with political prisoners numbering 1,800 to 3,000 in the prisons of Karachi, Sukkur and Hyderabad.

“These people are not terrorists but political prisoners and languishing in jails in breach of their basic human rights.”

Shazia Marri highlighted the plight of innocent Pakistani prisoner, Zulfikar Ali, who is facing capital punishment in Indonesia and diagnosed with cancer of fourth degree.

She said the government should take up the issue with the Indonesian president who is arriving in the country on an official visit so that Ali could live his last days with his family.

To it the chair, Murtaza Javed Abbasi, passed a ruling that the matter should be referred to the relevant standing committee.

Moreover, the Ministry of Defence should also tell the house about the action that has been taken in this context, he stated.

Dr Nafisa Shah told the house about the intervention of the ruling family in the matter of football in Pakistan that has led to the suspension of election of the sport body.

The house has now been prorogued for indefinite period.