Says diplom­atic ties betwee­n the two countr­ies are repair­able and there is no doubt about it
By News Desk
Published: January 25, 2018
Tweet Email 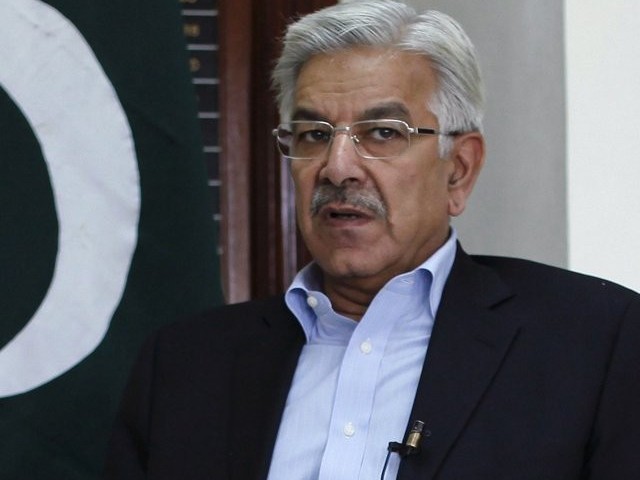 Says diplomatic ties between the two countries are repairable and there is no doubt about it. PHOTO: FILE

Foreign Minister Khawaja Muhammad Asif said he hoped Pakistan and the United States could soon focus on their bilateral relationship once again, rather than just “through the prism of Afghanistan.”

President Donald Trump’s much-anticipated speech at the World Economic Forum (WEF) in Davos is unlikely to do anything to improve bilateral relations with Islamabad, he told CNBC on Wednesday.

“Frankly speaking, we are a bit apprehensive from what we have been hearing from over the past one year (and) we don’t expect any radical departure from what he has been saying,” he said while speaking at the WEF.

Donald Trump will arrive in Davos this week and is scheduled to deliver a speech to WEF attendees on Friday.

“The whole relationship should not hinge on just one problem in our region,” Asif added while insisting that Islamabad and Washington should focus on their bilateral relationship more once again, rather than just Afghanistan.

When asked whether he was concerned diplomatic ties between Pakistan and the US had reached an irrevocable conclusion, the foreign minister replied, “It is repairable, there is absolutely no doubt about it.”

In his first tweet of 2018, Trump said the US had “foolishly” handed Pakistan more than $33 billion in aid over the last 15 years while gaining nothing in return but “lies and deceit.”

Pakistan said in response it had launched military operations to push out militants from the country and, since 2001, more than 17,000 Pakistanis had died fighting militants or in bombings.

This story originally appeared on CNBC.