The term of incumb­ent chief is going to expire on April 15
By Riazul Haq
Published: January 24, 2018
Tweet Email 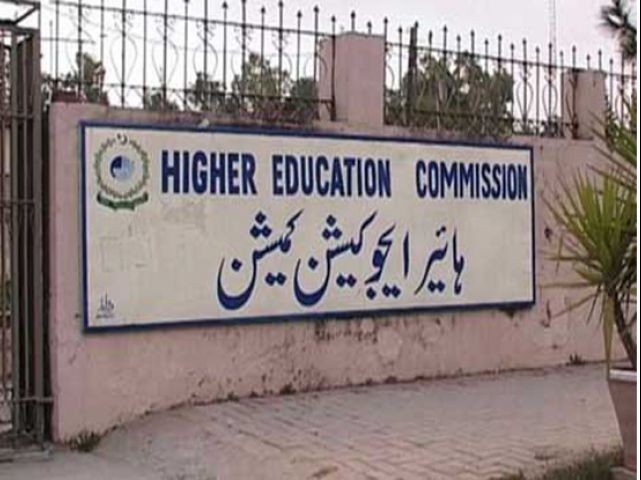 ISLAMABAD: Prime Minister Shahid Khaqan Abbasi has approved a six-member search committee to select new chairperson of the Higher Education Commission, as the term of the incumbent chief is going to expire on April 15.

The notification was issued by the Ministry of Education and Professional Training on January 23, two weeks after the summary for the search committee was forwarded to the PM secretariat.

According to the notification, Syed Babar Ali, famous Pakistani businessman, philanthropist and former finance minister has been named convener of the committee.

The notification also mentioned terms of references for the search committee according to which it will set criteria in terms of age, qualification, experience etc.

Similarly, the committee will also advertise the position based on the set criteria and scrutinise the applications on the advertised criteria, shortlist candidates who meet the requirement.

Following the interviews, the committee will then finalise three suitable candidates for approval of the controlling authority (Prime Minister) within.

Dr Ahmed was appointed in April 2014 by former prime minister Nawaz Sharif after the seat was vacant for seven months.

Ahmed is the third chairperson of the HEC after Dr Attaur Rehman and Javed Laghari.

During the last search committee, some 103 applications were received when the HEC chief was being handpicked in 2014. Of those, 21 names were shortlisted and 18 candidates called for interview by the search committee and Dr Ahmed was finalised.

The three years tenure which has yet to end in April was bag of mixed elements with some decision and actions that could not take place by previous chiefs.

For instance the HEC stopped four universities from admitting students in any degree programme for academic irregularities and mismanagement.

The commission has so far closed down around 450 MS and PhD programmes of different universities, as they failed to fulfil the HEC criteria besides blacklisting 155 fake higher education institutions in country and putting their names on website.

Seven Pakistani universities won representation in 300 best universities of Asia in the Times Higher Education’s 2017 ranking announced in March 2017. Only two universities were enlisted in the ranking in 2016, but the number reached seven in 2017 with the addition of five more universities from Pakistan.