14 photos from events around the world
By Multimedia Desk
Published: January 24, 2018
Tweet Email 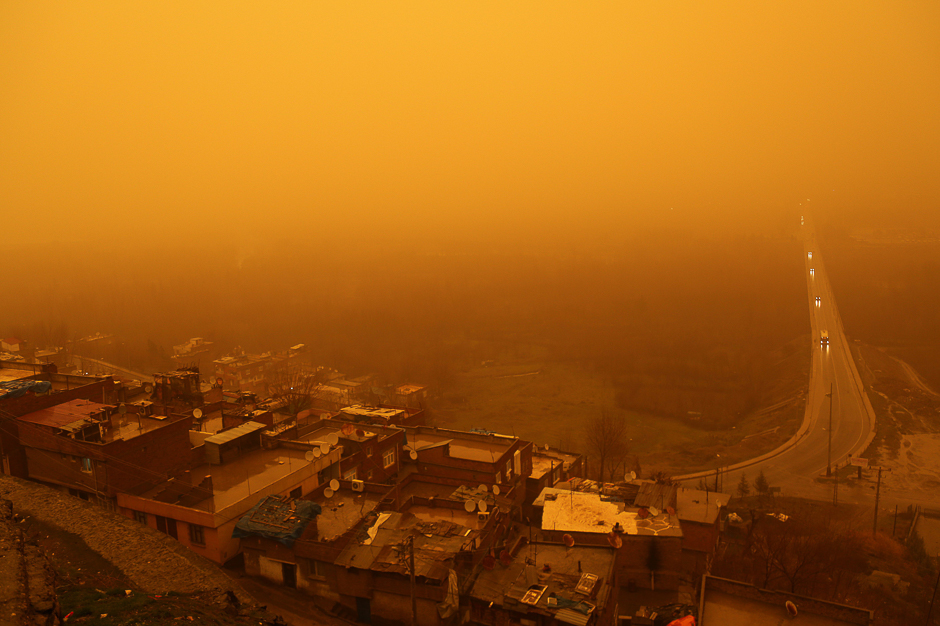 A general view of Diyarbakir city during a sandstorm in Diyarbakir. PHOTO: AFP 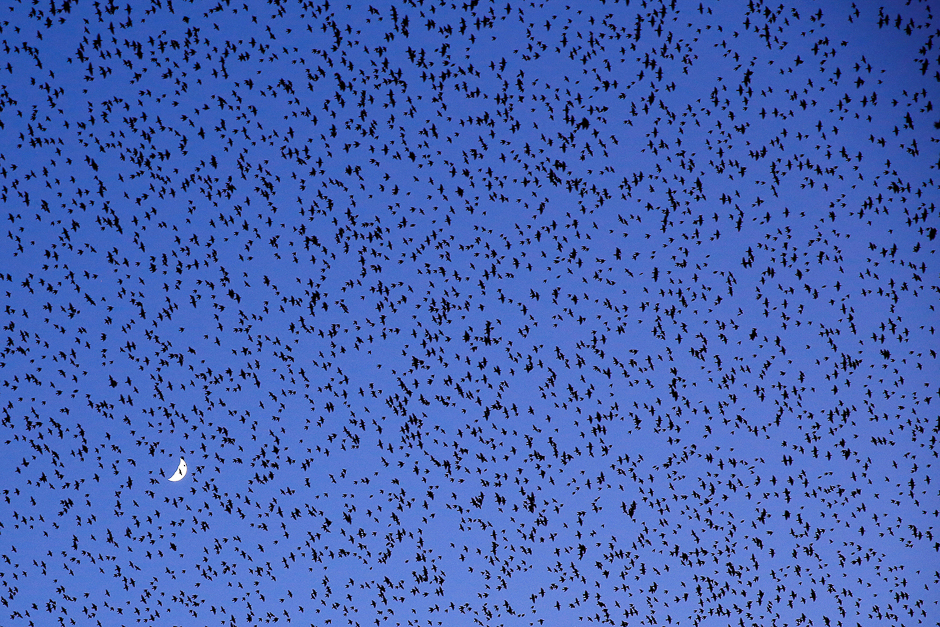 A flock of starlings fills the dusk sky over Rome, Italy. PHOTO: REUTERS 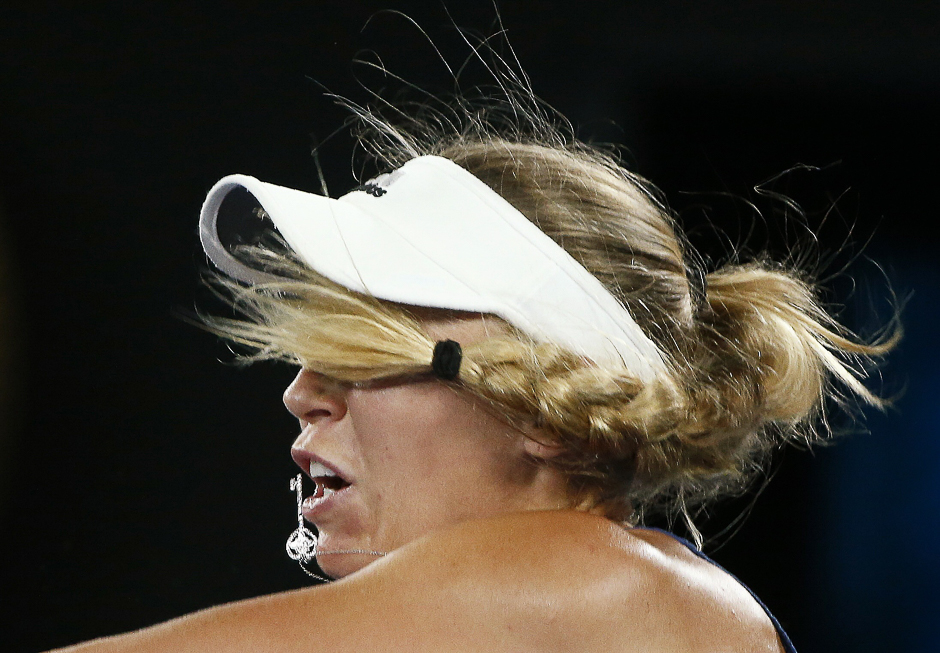 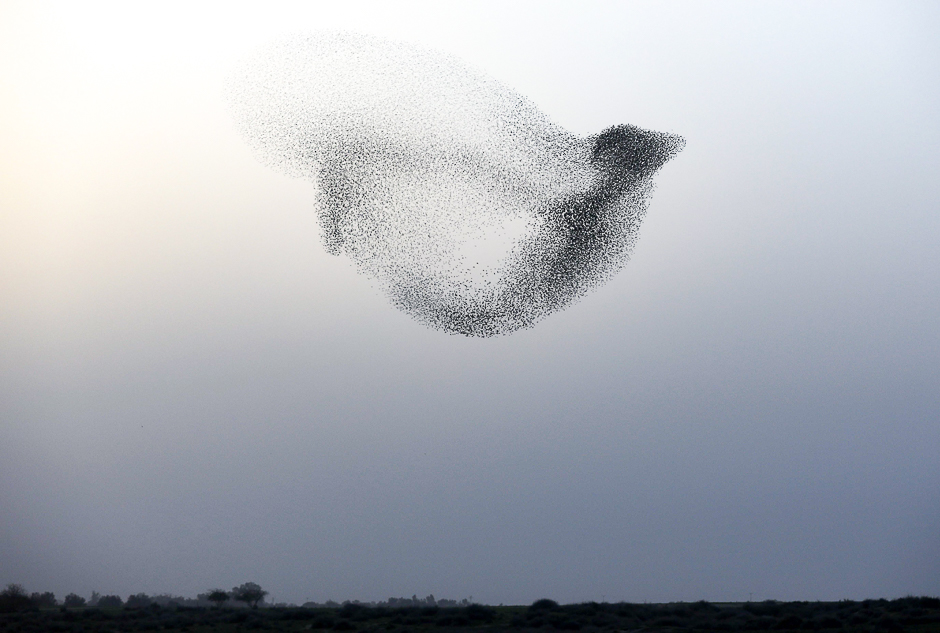 A murmuration of starlings performing their traditional dance before landing to sleep near the southern Israeli city of Rahat, in the Negev desert. PHOTO: AFP 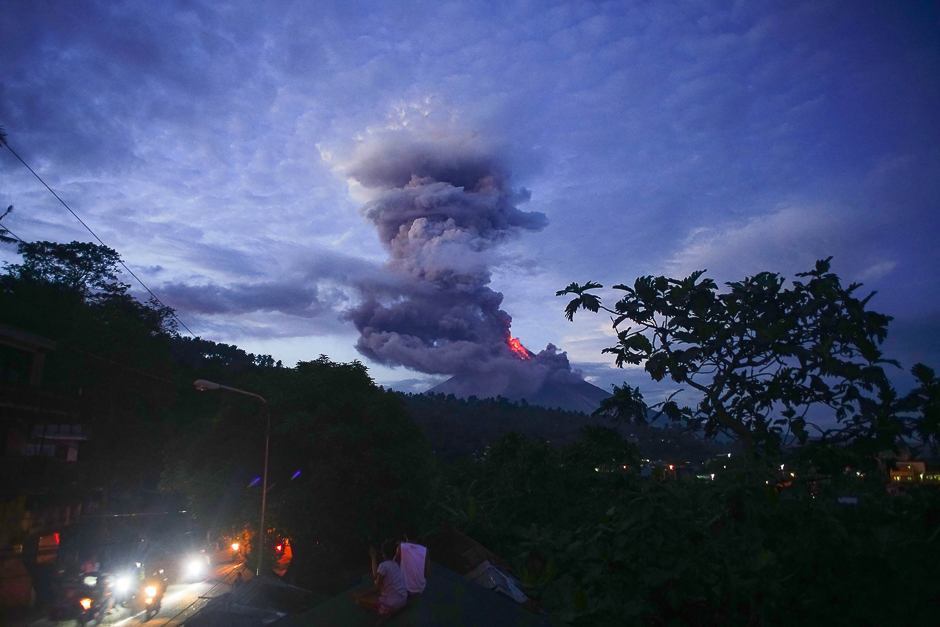 Residents watch as the Mayon volcano spews lava as it continues to erupt, in Daraga town, in Albay province, south of Manila. PHOTO: AFP 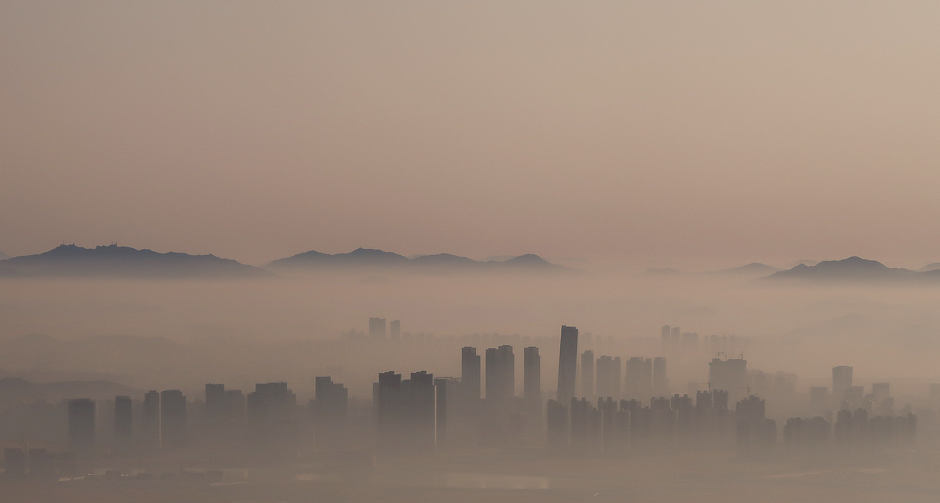 The city skyline of Incheon is pictured early morning in an aerial view south of Seoul, South Korea. PHOTO: REUTERS 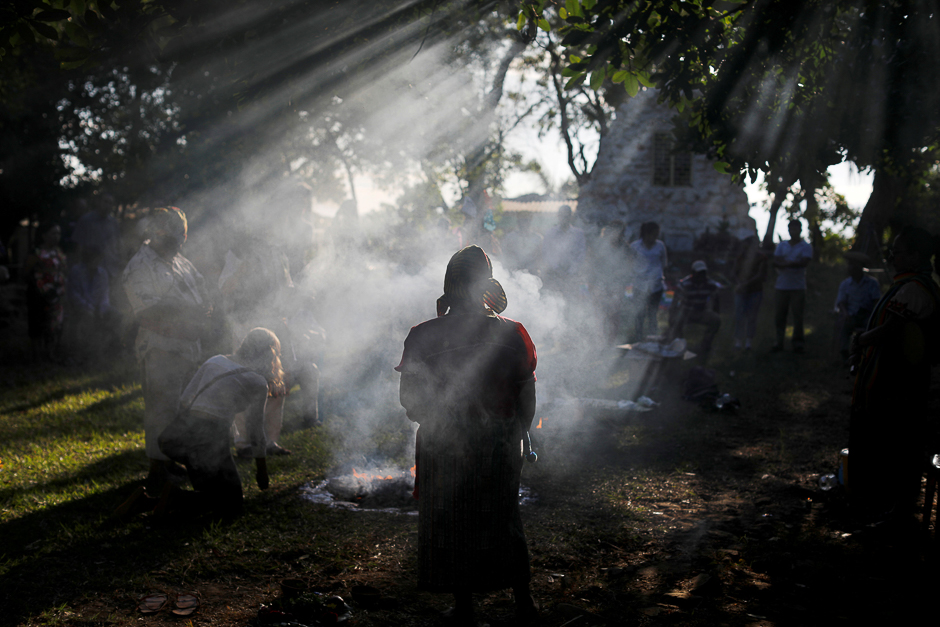 People participate in a traditional ceremony to commemorate the victims of the 1932 Salvadoran peasant massacre in Izalco, El Salvador. PHOTO: REUTERS 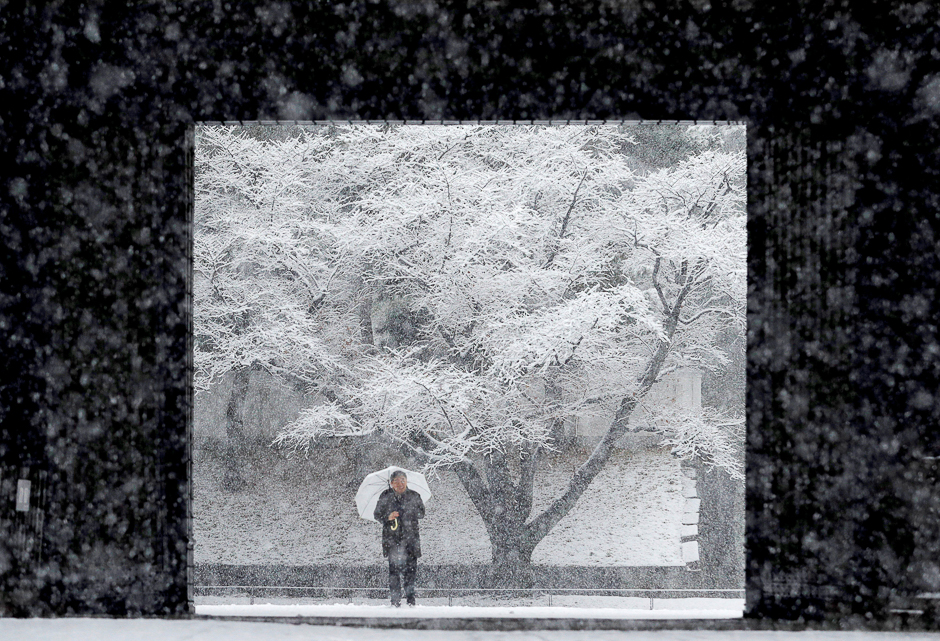 A man holding an umbrella makes his way in the heavy snow at the Imperial Palace in Tokyo. PHOTO: REUTERS 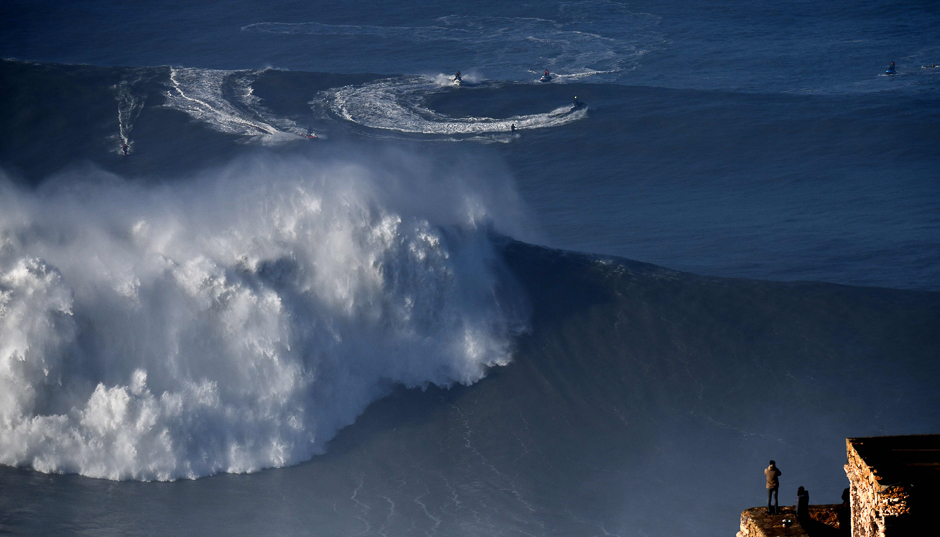 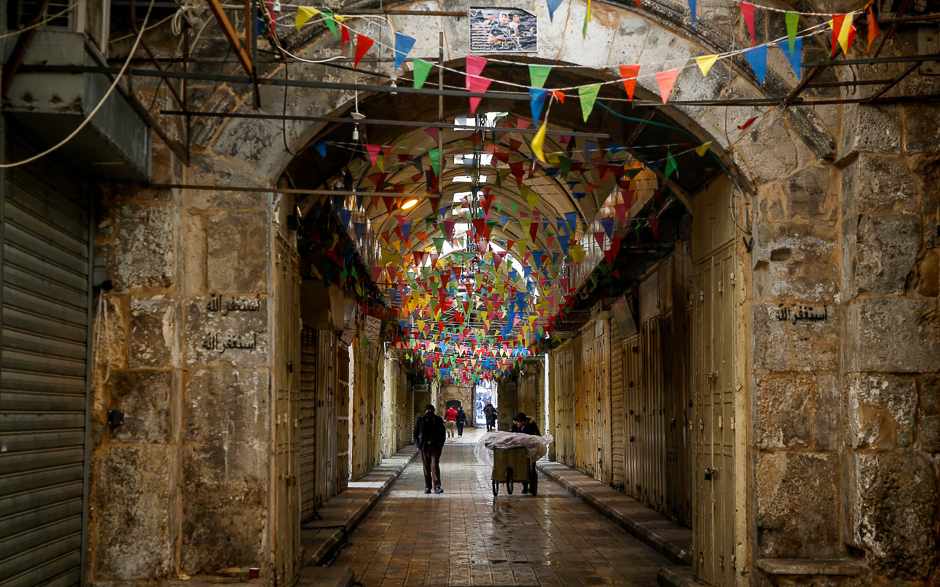 A view of closed shops in an alley in the city of Nablus in the occupied West Bank, as people go on strike protesting against the visit of US Vice President to Israel and Jerusalem. PHOTO: AFP 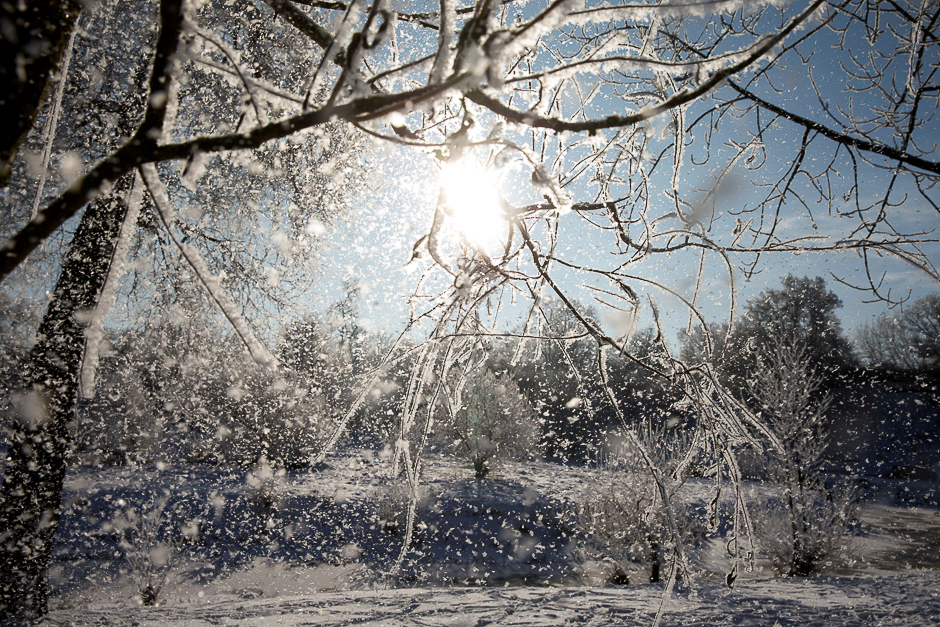 Frost falls from a tree on a winter day at a park in Minsk, Belarus. PHOTO: REUTERS 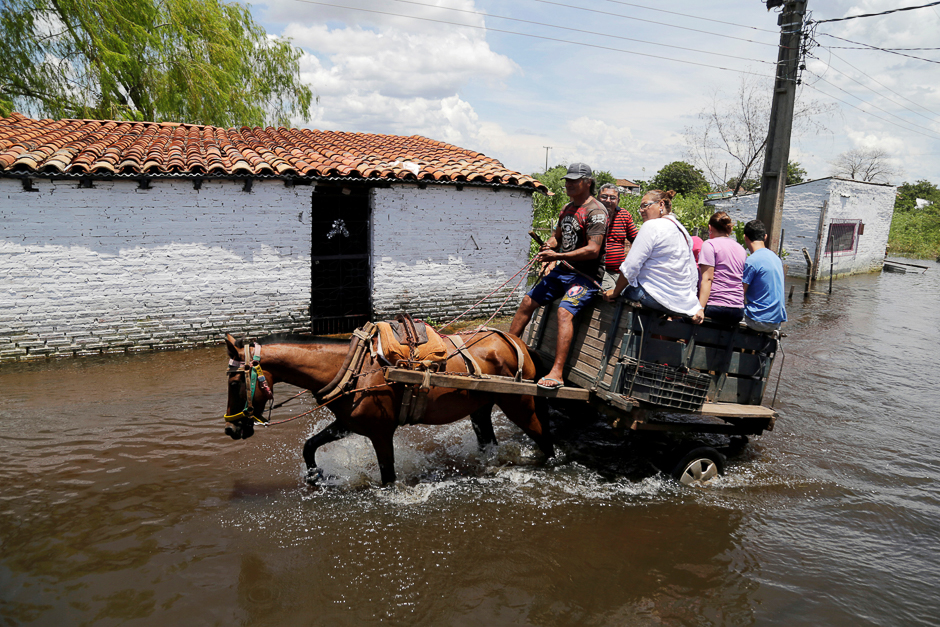 People ride on a horse carriage through a flooded street after heavy rains caused the river Paraguay to overflow, in Asuncion, Paraguay. PHOTO: REUTERS 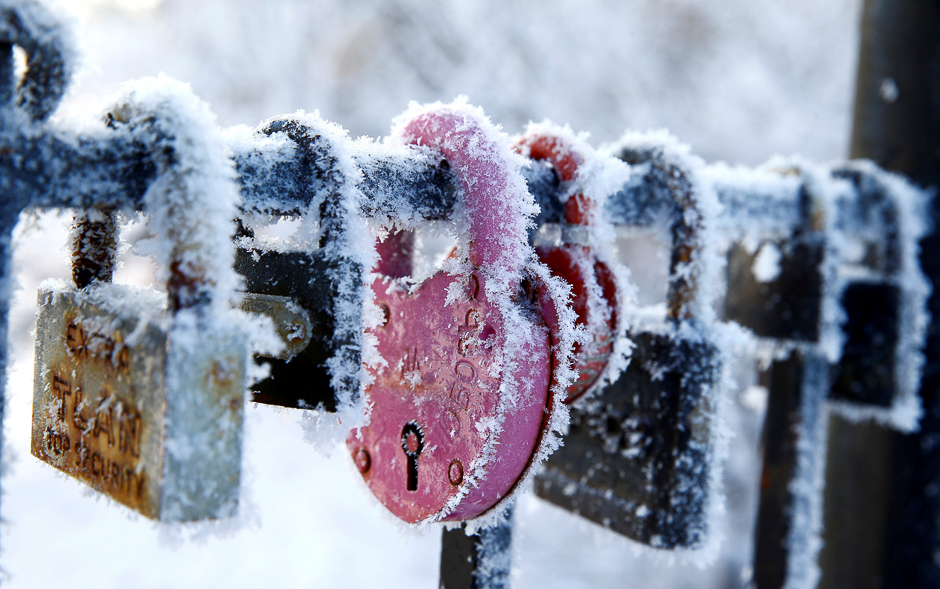 Locks hang covered with frost on a winter day at a park in Minsk, Belarus. PHOTO: REUTERS 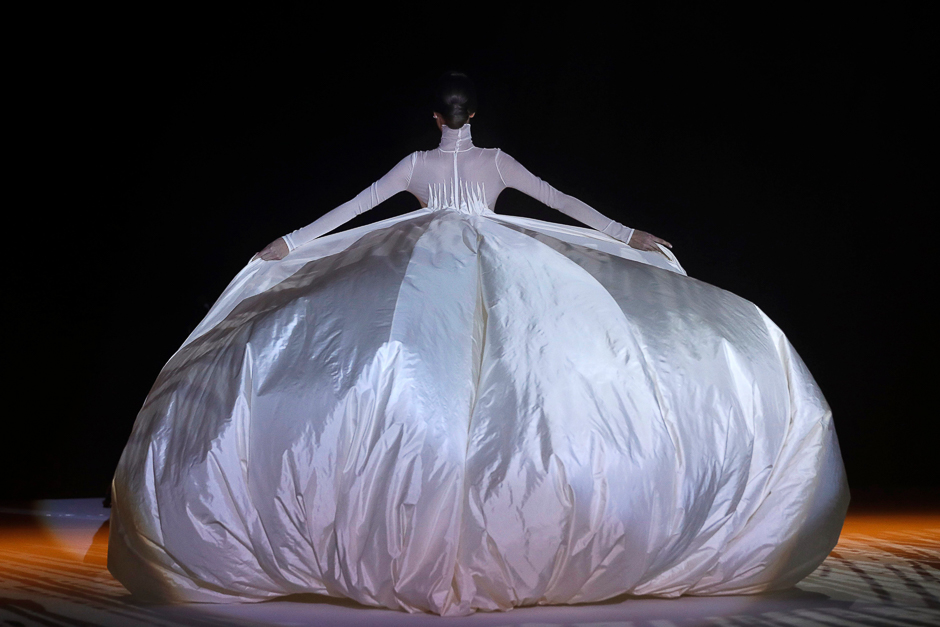 A model presents a creation by Stephane Rolland during the 2018 spring/summer Haute Couture collection fashion show in Paris. PHOTO: AFP