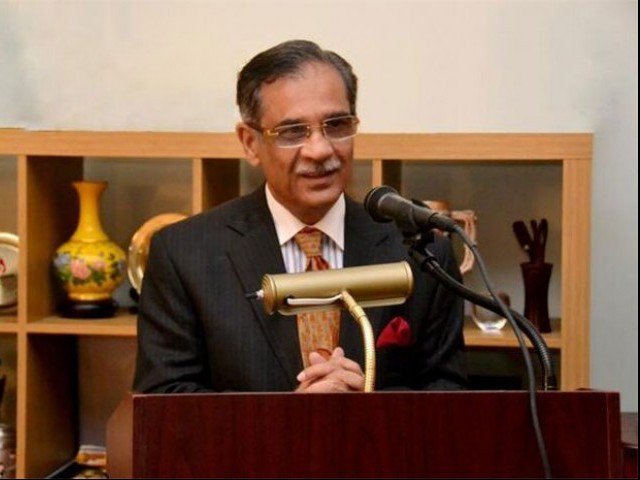 The letter demands that Justice Nisar acknowledge the prevalence of sexism in the legal profession, as well as, to take measures to enable a "harassment-free environment for women". PHOTO: EXPRESS/FILE

The Women’s Action Forum (WAF) wrote a letter to the country’s top judge on Tuesday, calling for him to issue an apology for a recent speech in which he compared a “good speech” to “the length of a woman’s skirt”.

On January 13, Chief Justice of Pakistan (CJP) Mian Saqib Nisar while speaking in Karachi said: “A good speech should be like a woman’s skirt long enough to cover the subject and short enough to create interest.”

In the letter, the WAF castigated Justice Nisar for the comment, stating that the quote “reveals deep-rooted sexism and double standards women are held to which discourage women from joining the legal profession”.

It also underscored the “rampant sexism” encountered by female lawyers.

The letter further stated that the comment “proves the fact that women face extraordinary challenges in this profession”.

“Statements that dehumanise and objectify women are not only derogatory and demeaning towards women but also contribute to the victim-blaming culture which is the biggest impediment in fighting crimes committed against women,” it added.

The letter demanded that the CJP acknowledge the prevalence of sexism in the legal profession, as well as, to take measures to enable a “harassment-free environment for women”.