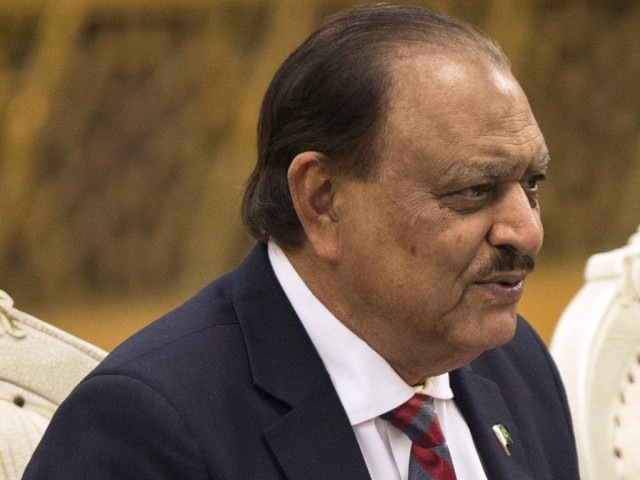 ISLAMABAD: The top court has sought concise statement from the law secretary regarding delay in the appointment of the National Accountability Bureau prosecutor general.

The post has been vacant since November last month, when the three-year tenure of former prosecutor general Waqas Qadeer Dar ended. Under the law, the federal government must make the appointment after consulting the NAB chairman.

The three-judge bench, headed by Chief Justice of Pakistan Mian Saqib Nisar on Monday resumed suo motu hearing regarding the delay in the appointment of the prosecutor general.

Additional Attorney General Waqar Rana told the bench that NAB Chairman Justice (retd) Javed Iqbal had sent a list of five lawyers to the federal government to pick from.

However, the president sent three names to the NAB chairman to select from. The president recommended Ramzan Chaudhry, Najeeb Faisal and Waqar Hassan Mir but the chairman rejected his nominees.

Upon this, the bench questioned why the president rejected the names, sent by the NAB chairman and whether he has the authority to do so without consulting the NAB chairman.

The chief justice observed: “The president is bound to act on the advice of the prime minister under Article 45 of the Constitution.”

He said that the court will examine powers of the president in this matter.

Later, the court also summoned the law secretary, who submitted the record of the summary which was rejected by the president of Pakistan. However, the bench asked him to submit a concise statement on the matter today (Tuesday).

Meanwhile, a senior government official told The Express Tribune that the real question in this case is who has the authority to initiate names for the appointment of NAB prosecutor general.

He believes that under the law, it is the executive that appoints the prosecutor general in consultation with the NAB chairman.

He reveals that out of four previous appointments of NAB PG, the law ministry initiated names thrice and only the last time, the name was recommended by the NAB chairman.

It is also learnt that the PML-N is considering seeking time today (Tuesday) to engage counsels to contest the constitutional petitions, wherein Election Act 2017 has been challenged by different political parties.

The act has paved the way for Nawaz Sharif to become party head even though he was disqualified under Article 62(1)(f) of the Constitution.

A senior PML-N lawyer revealed that a party leader will appear before the court to seek time.

The three-judge bench, headed by Chief Justice of Pakistan Mian Saqib Nisar, will resume hearing of 17 petitions filed by different political parties against the election law on July 28.

The bench on January 1 admitted the petitions for regular hearing and issued notice to Nawaz Sharif, PML-N and others.