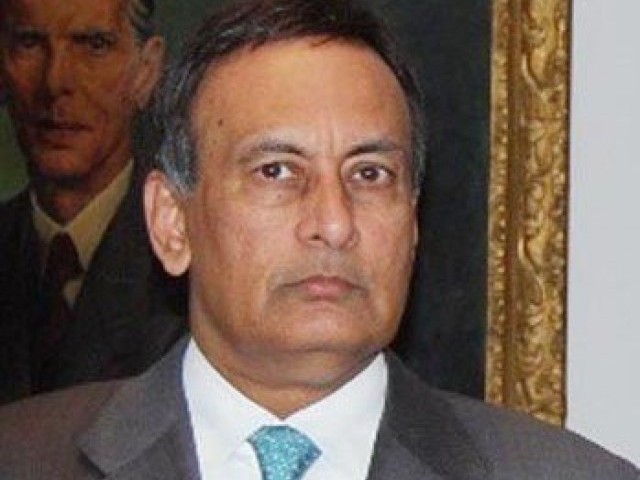 The accusation is that Haqqani delivers hate speeches, and writes books and articles against the armed forces and sovereignty of Pakistan, according to a report by a private media outlet.

‘Hussain Haqqani is selling his motherland’

According to the police, the FIRs have been lodged in Cantt police station, City police station and Bilitang police station in Kohat. The reports accuse Haqqani of contributing to enemy propaganda while residing in US, “which is threatening the peace of Pakistan.”

“Two books have been written by Haqqani against Pakistan,” the FIR read. The three FIRs were registered in Cantonment and Bilitang police stations by Momin, Muhammad Asghar and Shamsul Haq, according to Pakistan Today.

The Bilitang police said that Asghar stated in the FIR that Haqqani was a “mentor of the Memogate scandal” and had issued visas to CIA and Indian agents while serving as Pakistani ambassador to the US.

A copy of the FIR is available with The Express Tribune. 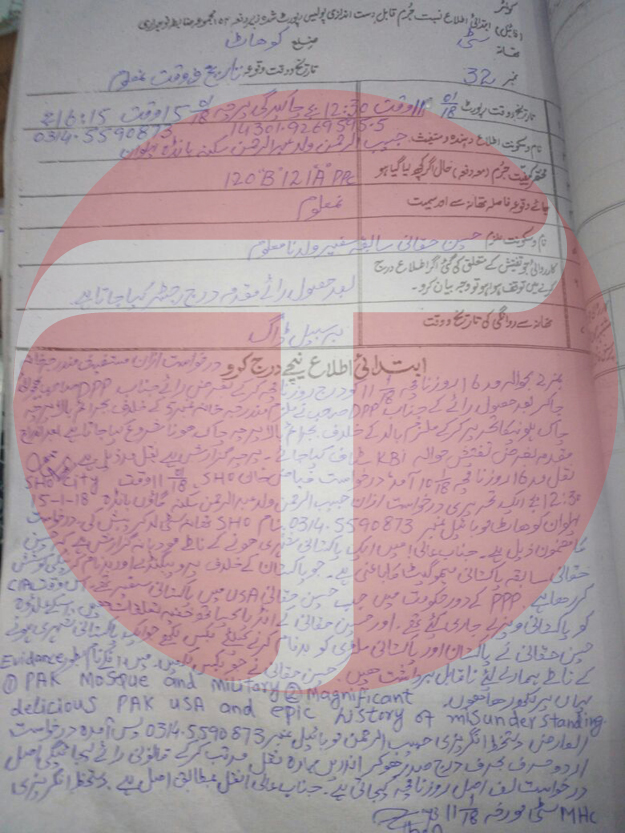 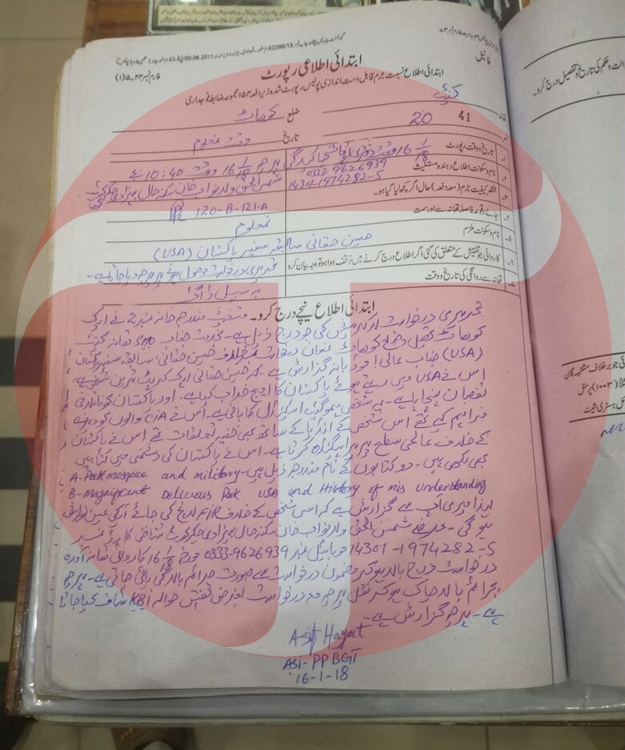 The sections of the Pakistan Penal Code applied by police in the FIRs are 120B (hatching a criminal conspiracy) and 121A (waging a war against Pakistan). The complainants said that Haqqani had caused irreparable loss to the country and defamed it.

A police official has said that under due procedure, Haqqani should surrender himself to them or he would be declared an absconder by the government.

Hussain Haqqani was criticised by parliament for his column in The Washington Post in which he had written that he had helped the US forces in eliminating Osama bin Laden when the government and the Inter-Services Intelligence had been kept in the dark about the secret operation.