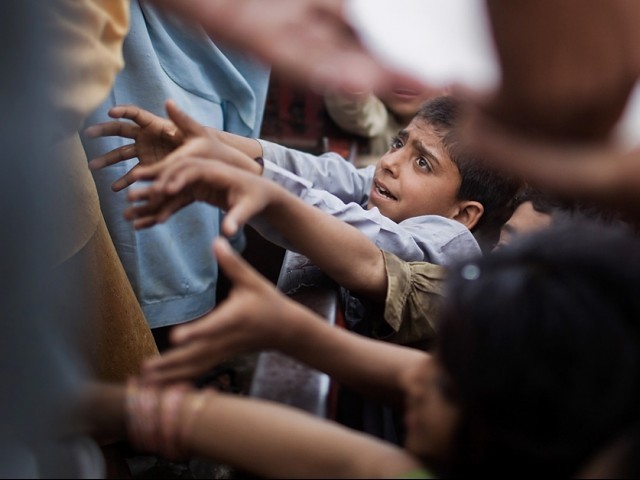 ISLAMABAD: Poverty is one of the least discussed issues in Pakistan. While many debates centre around different economic issues, poverty is mostly left out. It is quite odd that local discourse on such a serious issue is very elusive in our country.

Successive governments in Pakistan have also intentionally shied away from this debate. For example, the Pakistan Peoples Party government didn’t release poverty statistics for years it stayed in government.

Similarly, the PML-N hasn’t released poverty rates for its tenure. The poverty rate announced in 2016 by then Minister of Planning and Development Ahsan Iqbal was for the year 2013 when PML-N was voted into power. Clearly, political parties don’t intend to land in hot water by talking about poverty.

Academic studies on the subject further confound our understanding of poverty. There is considerable ambiguity around the methodology to estimate the rate of poverty. As a result, there is no single and well-accepted poverty rate in Pakistan. Each academic study on poverty estimation gives its own poverty rate that may be different from others. In some cases, there are significant differences between the calculated poverty rates.

However, according to the latest available official statistics, almost 30% of Pakistanis were living below poverty line of Rs3,030 per adult per month in 2013. This translates to roughly 59 million in absolute terms. The poverty line used by the government is totally absurd. How can we consider an adult as not poor who earns Rs3,030 per month? This casts serious doubts on the poverty rate reported by the government.

But poverty is the main reason why international development institutions like the World Bank finance variety of projects in Pakistan.

Despite the fact that Pakistan has received a lot of money for fighting poverty from donor institutions; it hasn’t seen significant reduction in poverty levels.  This is especially true when comparison is made with India and China. Both of these economies have experienced steep fall in their poverty levels. Pakistan’s progress in this area has been sluggish as best.

From 1951 till now, there hasn’t been a year when a government-led poverty reduction program wasn’t under way. The initial programmes were completely donor funded with focus on education and health of the rural economy. Overtime, some programmes under public-private partnership mode also started with a more varied focus like housing, roads, and sanitation.

In the last few years, redistributive policies have become more popular with both people and the political parties. This shift in policy is influenced by a stream of literature which purports that poverty reduction can only be achieved if inequality is reduced using redistributive policies. Many local studies on poverty have also come up with the same idea.

Such policies place the government at the centre of the effort to redistribute economic gains to reduce poverty.

Focusing too much on programmes and redistributive policies has done more harm than good. Almost all of the programmes have fallen prey to government failure and corruption. The most recent example is that of the Benazir Income Support Program (BISP). Stories of corruption in BISP are common knowledge. The problem is that whenever a programme lands into political hands, political considerations always precede sound economic sense.

The BISP forms were given to PPP MNAs for distribution and naturally, those with strong political connections ended up having it over genuine individuals. Although it must be admitted that programmes run in collaboration with the private sector seem to produce better results than those run exclusively under the government’s watch.

On the other hand, the redistributive policies adversely affect the pricing mechanism. Support prices of key agriculture commodities creates glut-like situation which wipe out economic profits. Along with this, increasing tax rates on corporations in order to pay for welfare programs discourages businesses.

It won’t be wrong to conclude that government’s policies have stunted the impact of economic growth to reduce poverty significantly.

If Pakistan is to reduce poverty significantly, it must promote employment opportunities. The surest way to achieve that is by allowing businesses to employ more people. This can only be achieved if predatory redistributive policies are withdrawn.

With cash crunch, govt has eaten away private sector’s share in bank loans