Large number of childr­en along with their parent­s visite­d the zoo to welcom­e the baby deer
By Our Correspondent
Published: January 21, 2018
Tweet Email 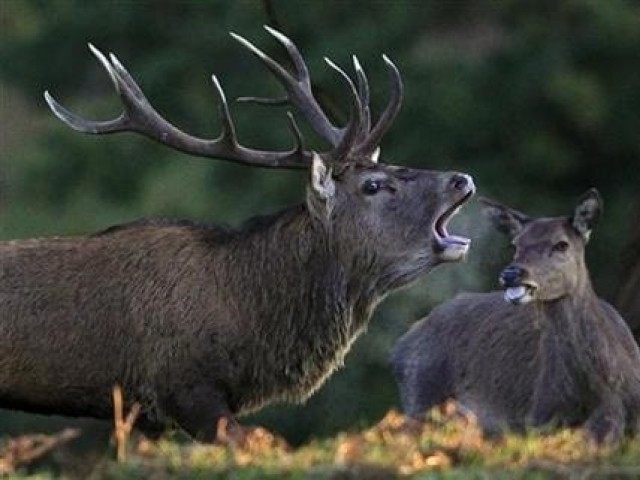 BAHAWALPUR: A female cheetal deer also known as spotted deer gave birth to two baby deer at the Bahawalpur Zoo on Saturday. A large number of children along with their parents visited the zoo to welcome the baby deer. According to Curator Bahawalpur Zoo Ayub Sabir, special arrangements have been made to feed the baby deer and to save them from cold weather. He added that both the babies are healthy. The father of a child Touqeer Anwar, who was visiting the zoo with his children, said that he has been visiting the zoo with his two sons, but this time he especially came to see cute little baby deer. “The zoo is very crowded and it took us quite long to see the babies.

A seven-year-old child named Muhammad Zain Naveed told The Express Tribune that for the first time he saw the baby deer.