Says some politi­cians have not unders­tood the parlia­mentar­y system of the countr­y
By News Desk
Published: January 20, 2018
Tweet Email 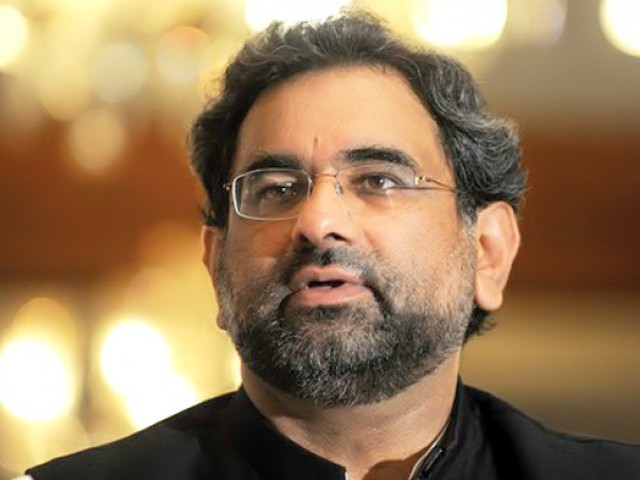 Says some politicians have not understood the parliamentary system of the country. PHOTO: FILE

In a clear reference to Chairman Pakistan Tehreek-e-Insaf (PTI) Imran, Prime Minister Shahid Khaqan Abbasi said that the politicians who cursed the parliament have achieved nothing but undermining their own stature, Radio Pakistan said in a report.

Speaking to a private news channel on Friday, he said derogatory remarks against parliament breached its privilege that has the power to summon the perpetrators.

Those who are trying to justify such words citing unsatisfactory parliamentary performance have in fact not understood the parliamentary system, said PM Abbasi urging them to retract their words and apologise else they would face a public verdict in the next elections.

According to the premier, almost 90 per cent of the parliamentary work is carried out by the standing committees, not the houses.

“The government has the mandate until June 2018 and the people of the country will vote in the next general elections on the basis of performance,” said the prime minister.

The National Assembly on January 18 condemned Imran Khan and the Awami Muslim League (AML) chief Sheikh Rashid for cursing parliament in the multi-party opposition protest held in Lahore on Wednesday as it adopted a resolution against the two leaders.

The first hour of Thursday’s session, known as the question hour, went on smoothly but right after the start of the house business Aijaz Jakhrani of the Pakistan Peoples Party (PPP) highlighted Khan’s and Rashid’s comments on parliament in the Pakistan Awami Tehreek (PAT) led protest in Lahore a day earlier.

The AML chief in his fiery speech on The Mall had announced tendering his resignation as a lawmaker while the PTI chief had said he cursed the current parliament that “has violated very basic principles of democracy by voting in support of the corrupt Sharifs”.

Pakistan is arterial to Asia, South Asia and Central Asia