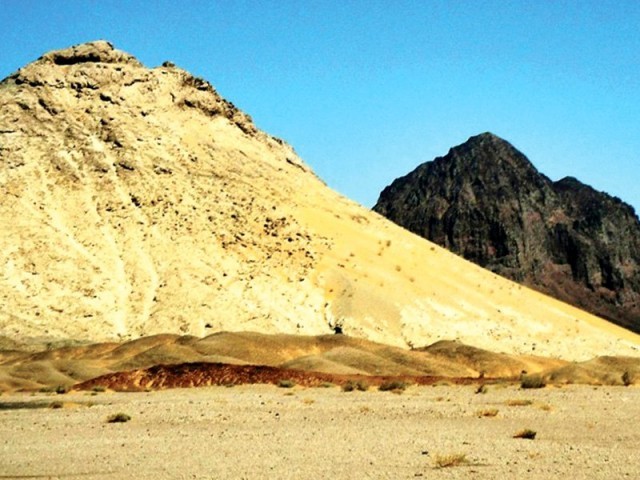 ISLAMABAD: The Public Accounts Committee (PAC) has observed that Pakistan faces $11.43 billion damages claims in Reko Diq mining case in international courts due to corrupt practices and inefficiencies of successive governments of Balochistan.

The PAC on Thursday also raised serious questions over the manner in which the provincial governments allowed change of ownership from one Australian company to two others from 1998 to 2006 despite the fact that there was no such clause in the original Chagai Hills Joint Venture Exploration Agreement (Chejva).

The parliament’s accountability watchdog took a detailed, but in-camera, briefing from Balochistan’s Mines and Minerals Development Department and the additional attorney general.

The committee decided to hear experts like Dr Samar Mubarakmand, a scientist, and Ahmer Bilal Sufi, an expert in the international law, in its February 6 meeting, before giving a ruling on the matter.

“The Thursday’s proceedings made it clear that successive Balochistan governments mishandled the case, apparently due to corrupt practices and inefficiencies,” said a member of the PAC on condition of anonymity.

In 2012, the Tethyan Copper Company (TCC) filed claims for international arbitration before International Court for Settlement of Investment Disputes (ICSID) of the World Bank after the provincial government turned down a leasing request from the company.

In the ICSID proceedings, the jurisdiction and liability have been decided against Pakistan, as the tribunal has found that Pakistan has breached the Bilateral Investment Treaty of 1998 between Pakistan and Australia, the secretary mines of the Balochistan government informed the PAC.

He is said to have told the PAC that according to the ICSID, the Supreme Court’s decision to declare the mother joint venture agreement illegal did not diminish the TCC’s Investment. According to the provincial government, even malpractices and corruption by the TCC did not deny it investment rights.

Now the ICSID proceedings are in the quantum stage where the TCC has claimed a figure of $11.431 billion. The claim is supported with a number of expert reports and financial models, the PAC was informed. The TCC expects a ruling on the quantum of damages in 2018.

The PAC was told that the Office of the Attorney General for Pakistan was vigorously defending this ‘outlandish claim’ of $11.34 billion through its International Arbitration Unit.

Reko Diq is part of the Tethyan Magmatic Arc, which is a mineralised belt that originates from Eastern Europe and runs through Iran, Afghanistan and turns upward towards Pakistan.

But the PAC found serious lapses on the part of successive provincial governments, starting from 1994, said another PAC member. He said PAC Chairman Khursheed Shah questioned whether the 1994 joint venture agreement allowed change of venture partner.

He did not get a satisfactory answer. From 1998 to 2006, the 75% foreign interest in the mining project was transferred from original firm to two other firms. Senator Mushahid Hussain observed that corruption and inefficiencies should be blamed for the current state of affairs.

In 2013, the Supreme Court declared that Chejva and all of its successor agreements were void ab initio and that the TCC had no legal rights to explore and mine in Reko Diq. As of March 2017, Pakistan has incurred $15.5 million expenses on international arbitrations while the TCCA’s expenses are estimated at $39.2 million.

In 1990, Australian based Broken Hill Proprietary (BHP) showed interest in the gold and copper mines. The BHP was entitled to earn 75% interest in the joint venture. In 1998, BHP suspended its exploratory work and handed over its obligations to another Australian company, Mincor Resources, that took over the work in 2000.

The PAC was told that under the phase-II, the Mincor Resources incorporated Tethyan Copper Company in Australia (TCCA) as special purpose vehicle for the project. Then the TCCA incorporated the Tethyan Coper Company Pakistan (TCCP) as its 100% subsidiary in 2000. The Mincor also registered the TCCA on the Australian Stock Exchange.

The phase three began in 2006 when Mincor sought to sell its share on the stock exchange to other mining companies and the TCCA was acquired by the Antofagasta and Barrick Gold in 2006 for an amount of $240 million.

The then provincial government approved the TCCA acquisition by Antofagasta and the Barrick Gold.

In 2007, the TCCA started a process with provincial and federal governments for customised mineral agreement for undertaking mine development. According to a TCCA 2010 feasibility study, 256,000 ounces of gold and 420 million pounds of copper were to be produced over a period of 56 years.

The ore was to be crushed, converted into slurry, to be transported through a pipeline from Reko Diq to Gwadar and from there to foreign smelters and refineries owned by the TCCA.

The estimated capital outlay of the project was $3.3 billion and the provincial government was to get 25% of the profit against its 25% investment. But Balochistan rejected the mining lease application on November 15, 2011.

The major stumbling blocks were that the smelting and refining should be done in Pakistan. The royalty rates should be enhanced, financial model should be reviewed and there should be more participation of the locals in the project.