Thousa­nds of employ­ees have not been paid for the past three months
By Our Correspondent
Published: January 16, 2018
Tweet Email 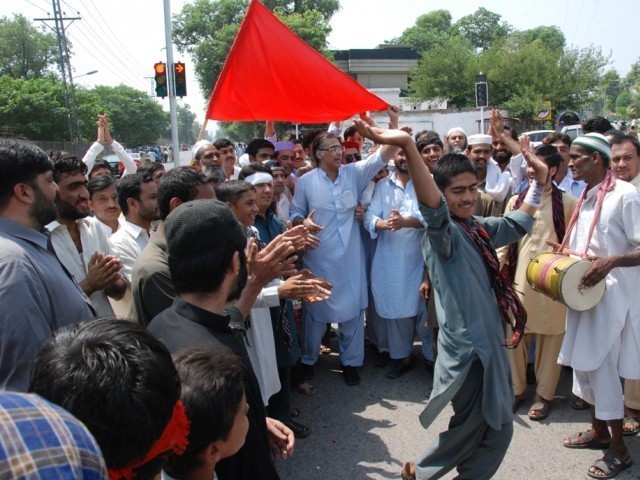 PESHAWAR: Employees of the Workers Welfare Board on Monday staged a protest against a delay in the payment of their salaries and a lack of basic services to the children of the employees. The protesters, which also included  women  employees, staged a demonstration  at Jinnah Park in Peshawar before marching towards the Khyber-Pakhtunkhwa Assembly building.  They held aloft placards and banners inscribed with slogans against the government for delaying the release of funds meant to pay their salaries. Talking to journalists outside the provincial assembly, protesters said that said that thousands of employees have not been paid for the past three months which has created unrest among the employees. They further said that their children have been deprived of their basic needs such as transport, uniforms and books.  They claimed that the concerned authorities were not ready to listen to their grievances.  The protesters demanded that the provincial government to immediately release their salaries, ensure the provision of the basic needs of employees’ children and to promote employees of the board.