Osama's will: Bin Laden says his children must not join Al Qaeda

Osama's will: Bin Laden says his children must not join Al Qaeda

Osama bin Laden's last wishes were that his wives do not re-marry, his childr­en not join Al Qaeda, say media report­s.
Published: May 3, 2011
Tweet Email 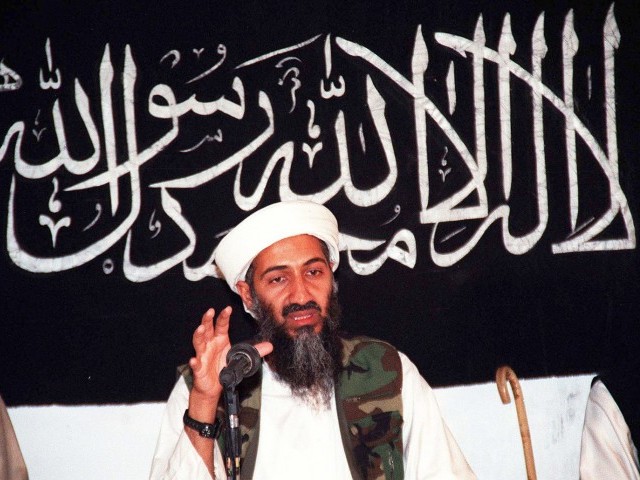 Media reports in The Guardian and Al-Anbaa, a Kuwaiti newspaper, have revealed that Al Qaeda’s chief Osama bin Laden‘s last wishes were that his wives do not re-marry and that his children do not join Al Qaeda.

Bin Laden also allegedly expressed regret for not having had enough time to spend with his children, according to the document.

Al-Anbaa reported that the four-page computer document dated December 14, 2001 was signed off by bin Laden, who predicted that he would be killed as a result of “treachery”.

The will also contained a list of key strikes made by Al Qaeda including the 9/11 attack.

According to The Guardian, Al-Anbaa has not clarified how it obtained the will or how it was authenticated.

Read the full will in original Arabic here.

Read a Google translation of the will below:

In the name of God the Merciful

Praise be to God, prayer and peace upon the Messenger of God and his family and companions, forgiveness and Nsthdi and seek refuge with him from the evils of ourselves and the evils of our work is guided by Allah will not be misled and misled is no guide to him: “There is no God except Allah, alone without partner, and I bear witness that Muhammad is His slave and His Messenger, we hope the Almighty God to embrace us in the martyrs and the righteous of His servants and Imitna Muslims.

God is my witness that the love of Jihad and death for the sake of God to reign over my life and verses of the sword penetrated in every cell of my heart (and fight all the infidels fight against you all), how many times I wake up from my sleep I find myself read this verse.Imagine if every Muslim to ask himself, why did our nation to what it of-hwan and refraction of the answer was obvious they rumination on the pleasures of this world and renounced the Book of Allah behind their backs, the only one in which the cured and the Flahaa in immediate and deferred, I’ve Ograna Jews and Christians pleasures this world and the pleasures of cheap and invaded their values ​​physical before the armies conquered, such as women and we do not lift a finger, because the love of death difference in the way of Allah hearts.

The notch in the hearts of myself and my brothers the Mujahideen in our nation that we have seen all over the world watches America mete vulnerable men, women and children suffering poor and the nation watched the bloody scene is like watching a film for entertainment. The malady in the scourge of our nation is the fear of death for the sake of God, I’ve been reversed and we saw the Crusaders cowards and Jews lowly stand fast in our fight and soldiers of our nation raise the white flag and surrender to their enemies, even students of religion (ie the Taliban) did not hold them only a few, the rest Vastzlmwa or fled before the meeting the enemy, and today I stayed the nation for our victory and the support of the loyal students of religion who established the first Islamic state in Afghanistan, applied the law of God, and sufficient evidence of malice that America’s students of religion and fundamental laws. It is in collusion with their clients in the Northern Alliance and other governments, who recruited their intelligence in the service of the United States, Britain and the infidel West, abolished the statutes enacted by the Government of the students and removed the veil of religion and relaxation habits beards and returned to imitate the infidels. The nation its scientists who Ihdunha either way, and Altna today is that the nation’s scientists disguised to its mission of guiding the nation, has reached a degree of misguidance and misled not believe a Muslim, he came to Afghanistan to repel the scientists about smashing idols, Buddhist scholars but students of religion hearing the Distinguished frustrated. The sheikh and his companions argument is the need to please the Jews and the Christians and the overall opinion, and forgetting the words of God Almighty: (will not be satisfied with you the Jews nor the Christians until you follow their religion).

These scientists have betrayed their mission in the service of the nation, issues and LuaLua enemies and returned by the mujahid vanguard inflicted the first defeat of America in its history, God willing, will be led by Muta Cgzop the Messenger of Allah peace be upon him, which led to the demise of their state.

New York and Washington third strike strikes escalating received by the United States placed in the bombing of Marines in Lebanon and the second was the bombing of the Embassy of the United States in Nairobi, from which the U.S. invasion of Somalia, where the killing of our brothers 31 thousand under the banner of the United Nations, despite the setback Aptlana by God Almighty will lead this signed to the demise of America and the infidel West, even after decades.

Via the nation’s youth: Strive to death of dedicating your life and listened to a few scholars who maintain Balhaquemep and Braa, loyalty, and hostile to those loyal to the nation’s enemies who have taken the ideas of human status, customs and quirks of the United ignorance such as borrowing from banks, usury laws and crimes and transactions, insurance secularism and allowing the establishment of political parties, trade unions and women’s associations and human and all innovations are rejected according to the consensus scientists predecessor and successor.

O scholars of Islam: you are today few know you by name and you read your statements and Vtawakm sincere, but I do not want you; name so as not to submit to the enemies of God are looking for an excuse to crack you in these difficult days for us.

O women: Beware of wanton display and the tradition of the West and Mstrgelath prostitutes, they were to graduate school and men striving for the sake of God, and on keeping Charfkn Let the mothers of the believers, but in a good example.

Mandate wives: me, may Allah reward you. Have ye after me, God is better and the good support given from the first day ye knew the way that the brambles and planted mines. Trkin Naim Achtertn beside me and family hardship. Ye Zahidat in life with me Vazddn the ascetic me, not to marry Tvkrn Hspkin care of our children and to sacrifice and pray for good to them. But you, my children: Forgive me because I did not Oattkm little of my time since I responded to the need of jihad. We are Muslims and they took their cases. I have chosen a path fraught with dangers and suffered the hardships and drawbacks and the treachery and treason and treason was not the case today is not the case and fate is fate. I advise you to fear Allah, the most precious increased in this life, and I advise you not to work at the base and the front similar to those recommended by the caliph Omar bin al-Khattab his son Abdullah, may Allah be pleased with them. It forbade him from taking the Caliphate «The good were we lost him and that was only evil all the speech is being torn from Omar».

My advice to all the recent visit to the mujahideen wherever they are: They’ve recovered your breath and forget until the fight the Jews and the Crusaders and started to purge your ranks of customers and defeatists, scientists, retirees bad about Jihad and Almkzlin of the nation.

US had concerns Pakistan might jeopardize bin Laden operation