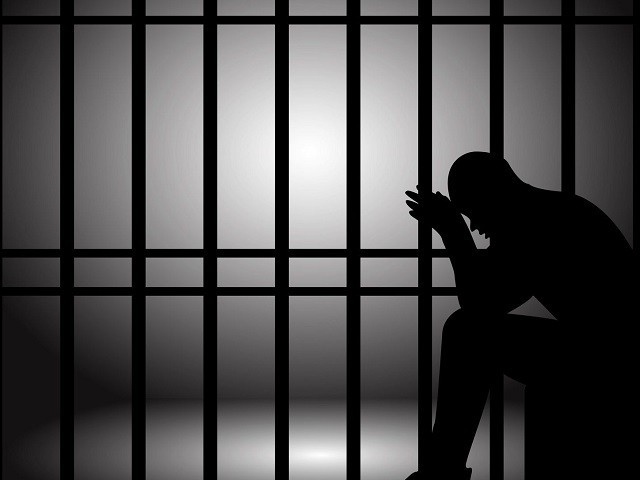 He has done his Bachelor of Arts from Allama Iqbal Open University in 2008 and MA in Political Science as a private student from Hazara University in 2013 and then another masters in English Literature in 2015. PHOTO: REUTERS

PESHAWAR: A death row prisoner on Saturday filed a petition in the Peshawar High Court seeking permission to pursue higher education after completing masters in English from Hazara University as a private candidate during incarceration in Haripur jail.

Sajjad Ahmad in his writ petition said that he has been in lockup for the last 15 years and has spent most his time pursuing his education.

According to the PHC officials his writ petition will be put before the two-judge bench for hearing on January 16.

Ahmad said that he was awarded the death penalty in a murder case by a sessions’ court in which he has professed his innocence.

He filed an appeal in the high court, however, it was rejected.

He said that he has not filed an appeal against the death penalty with the case underway in the supreme court.

Ahmad remains hopeful that his writ petition will be accepted.

“Under the laws of this country, it is the right of every person to get education,” told the petitioner.

“The court has to issue an order to make the arrangement so that education can be pursued.”

“Gaining education will be also help in living out a decent life, if the top court clears him of murder charges,” his lawyer Muhammad Khurshid Khan said.

The government of Khyber Pakhtunkhwa (K-P) through its chief secretary, K-P inspector general of prisons, superintend of Haripur jail and principle of Ayub Law College are the respondents in the case.

Khan added that the prisoner belongs to an educated family of district Nowshera. His two brothers are doctors and another is engineer.

“He was a third year student at the Margalla Institute of Health Sciences, when he was implicated in the murder due to which he couldn’t completed his medical education”.

He has done his Bachelor of Arts from Allama Iqbal Open University in 2008 and MA in Political Science as a private student from Hazara University in 2013 and then another masters in English Literature in 2015.

“I have passed my whole jail life in the pursuance of education,” he added.

He said that he is more interested in doing his LLB as under the Pakistan Prisons Rule number 215, any convicted prisoner can appear examination including LLB in an academic year.