Compos­ition of their custom­ers will also change with liftin­g of ban
By News Desk
Published: January 13, 2018
Tweet Email 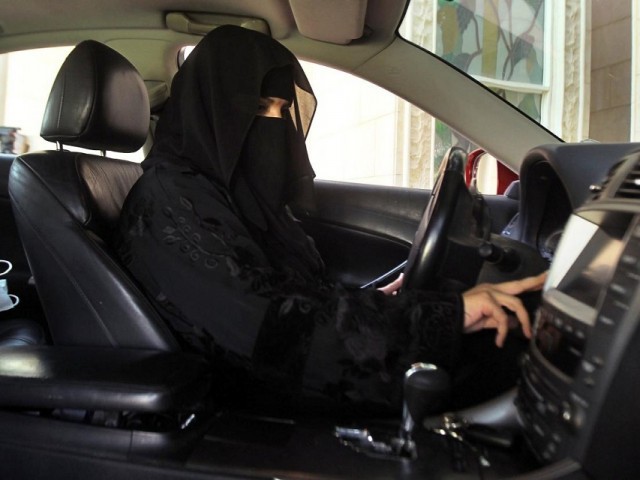 Uber and Careem have already started hiring and training women drivers after Saudi Arabia has decided to lift its ban on women driving in June 2018, reports CNN.

Amani Alawwami, who joined the first workshop Careem ran last October, said,‘’I want to be there to help when someone is in need for a lift, and it is a beautiful feeling to be among the first female captains in my country”, she stated.

“The first thing that made me think about working for Careem was our great need to drive,” says Alawwami. “As women in Saudi, we need a man for our smallest commuting needs, and the local taxi service is not sufficiently available where I live.”

Careem plans to hire more than 10,000 female drivers by June 2018 when the ban is lifted, said Elyas.

“Female captains will help us provide a better service to many women who want to travel but refuse to be driven by men,’’ Careem’s co-founder and chief privacy officer, Doctor Abdallah Elyas said.

“This means that a new segment of Saudi society that does not use our services will begin (to use it) next June.”

Careem has announced that the female driver option will only be available to female riders or families. A call masking option will block the contact numbers between driver and customer, to protect privacy.

Uber and Careem are predicted to lose many of their customers as women will choose to drive and travel on their own.  However, they may gain new customers too. By employing female drivers, Uber may make itself viable to women who want to travel but refuse to be driven by men.

Female customers represent 80 per cent of Uber’s Saudi customer base and 70 per cent of business for Careem. But by June of this year, all restrictions on women driving will be lifted in Saudi Arabia.

Uber is preparing itself for this change through paperwork and enabling training and vehicle access to women, Zeid Hreish, Uber’s general manager in Saudi Arabia, stated.

It will begin holding “listening sessions” for women in Riyadh to help form it’s “priorities and upcoming plans for women in the Kingdom” and take into consideration any social and legal problems they could face when driving.

Abdullah Al-Mutairi, the spokesperson for the Saudi Public Transport Authority (PTA), said “same regulations governing the licensing of men who work in transportation will be applicable to women.”

“Those regulations include having a valid Saudi driving license and insurance, and being at least 20 years old,” he stated. PTA also plans to hire female drivers in public transport roles “under the condition of (the women) being sufficiently trained to drive vehicles and various means of transportation, including buses.”

“Those duties include transporting female students and teachers who do not wish to drive their own vehicles, and filling other vocational opportunities that require the presence of a woman trained to drive in a qualified and secure way.”

Khalid Abalkhail, a spokesperson for Ministry of Labor and Social Development, told CNN “Facilities are allowed to let women work night shifts, as long as they do not go beyond the maximum limit of daily working hours and are not kept at their workplace beyond 11 pm.”

PIA bans use of social media for its employees