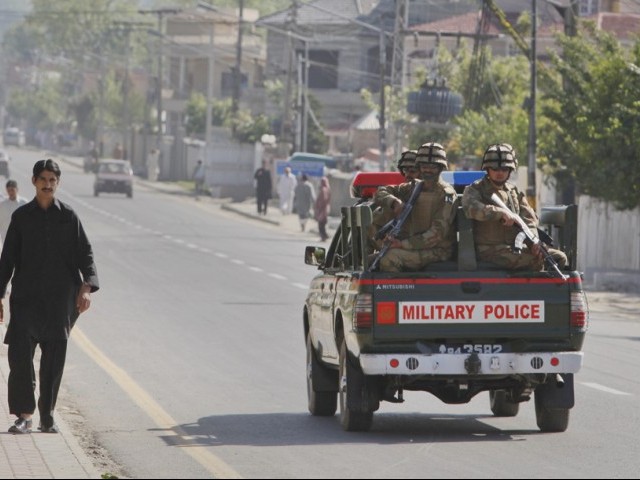 Chief of the proscribed Sipah-e-Sahaba Pakistan (SSP), which has been renamed Ahle Sunnat Wal Jamaat, Maulana Muhammad Ahmed Ludhianvi has strongly condemned what he called “illegal interference into Pakistani territory” by American military forces and termed Bin Laden’s death an “act of martyrdom”.

Ludhianvi questioned the need for killing Osama when he could ‘easily’ have been captured alive. He said that, like every other Muslim in the world, he too supported Osama’s declared opposition to “Dunya-e-Kufr” (land of infidels). Jamia Binoria Karachi’s senior Deobandi cleric Mufti Muhammad Naeem said that individuals die but the movement they leave behind continues on. “I think Sheikh Osama’s death won’t have any effect on his movement,” he said.

Senior Deobandi cleric and leader of Jamiat Ulema-i-Islam-Sami (JUI-S) Maulana Asad Thanvi said one shouldn’t forget the sacrifices that Bin Laden made in the global jihad against Soviet forces in Afghanistan in the 1980s, adding that Bin Laden’s role in the 9/11 attacks was never proved.

Senior Shia cleric Abbas Kumaili said that although it is true that al Qaeda provided an umbrella to anti-Shia militant groups, it was also true that “the blood of Shias in Pakistan was spilling even before Osama’s organisation was formed so I think danger still lurks. In fact, there might be a strong backlash,” he said.

Meanwhile, in Lahore, Deobandi, Wahabi and Barelvi parties have also condemned the operation. Proscribed Jamaatud Dawa (JuD) also condemned the killing and termed it “martyrdom after a courageous retaliation” with US forces. JuD head Hafiz Saeed also held a funeral in absentia for Bin Laden at Markizul Qadsia in Lahore, in the presence of hundreds of JuD activists.

Jamaat-i-Islami Chief Munawar Hasan condemned Prime Minister Gilani’s statement endorsing the US action and said this only showed how rulers were happy on being US slaves. “Islamabad’s reaction is totally ignorant of the nation’s mood as the nation is in a state of shock,” he said.