With CPEC in mind, PIA to start Islamabad-Gwadar flights

With CPEC in mind, PIA to start Islamabad-Gwadar flights 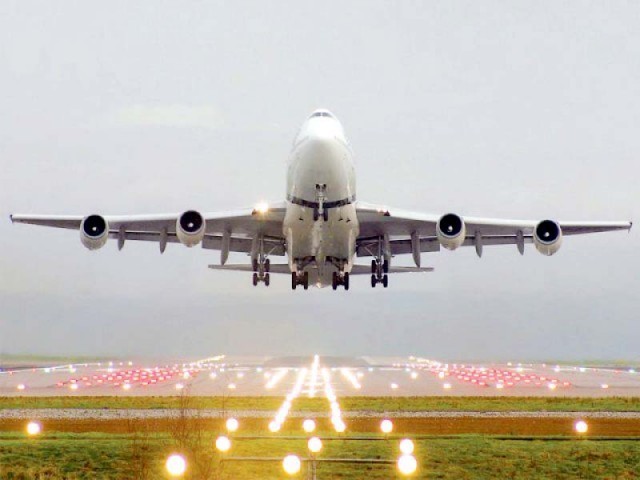 Cyan said the new Islamabad airport and PIA’s plan to increase market share will complement each other as Pakistan reaps the benefits. PHOTO: FILE

KARACHI: Amid demand emanating from the China-Pakistan Economic Corridor (CPEC), Pakistan International Airlines (PIA) is set to start direct flights from Islamabad to Gwadar as the national carrier looks to gain air traffic and reduce its losses.

The cash-strapped national carrier faces more than Rs319.1 billion in accumulated losses by the end of March 2017, but is now looking to remove loss-making routes from its agenda, while adding new and profitable destinations to its schedule.

“We would connect Islamabad and Gwadar by the end of this year (December 2018),” PIA Chief Executive Officer Musharraf Rasool Cyan told The Express Tribune in a recent interview. “Being the national carrier, we feel the responsibility for improving connectivity through Pakistan.”

Gwadar’s development is the flagship project under CPEC, and its port – set to be completed this year – links China to the Arabian Sea. Given its importance to both China and Pakistan, direct flights will give PIA a much-needed boost in its endeavor to reduce losses.

It also recently suspended flights to New York, which it said caused a loss of Rs1.5 billion per year.

In addition, the new Islamabad airport, which is due to start operations in the first half of 2018, is set to give PIA an edge, believes its CEO Cyan.

Cyan said the new Islamabad airport could be the new hub Pakistan desperately needs as it looks to boost tourism after losses due to terrorism, and a precarious security situation turned away local as well as foreign tourists.

“We want to make (the new) Islamabad airport a hub,” Cyan said, adding the airport would cater to passengers travelling from Europe, Africa as well as China and Asia Pacific countries.

“If we find it appropriate, we would improve connectivity (through code sharing) with other airlines,” he said.

The PIA chief executive said the national carrier – for long a burden on Pakistan’s fiscal operations – would play a major role in determining the success of the new Islamabad airport. “It has been observed that airports and airlines are grown side by side … PIA would remain the key airline for Islamabad, which would remain only a terminal destination for foreign airlines,” he said.

These days, PIA is developing its office and booth at the airport with a recently extended credit line of Rs13.5 billion from commercial banks and backed by state sovereign guarantee.

The credit line is partly being used to meet working capital requirements and engines overhauling, he added.

The national-flag carrier would also fly to DG Khan from Islamabad and Lahore and vice-versa in 2018. Besides, it would increase the frequency of its flights to Multan, Zhob and Turbat.

PIA flies to around 109-110 destinations around the world every day, including domestic ones.

Right now, PIA is managing a fleet of 36 aircraft, which it plans to expand to 44 in the next three years.

PIA CEO said fleet management would also be improved by upgrading software at the engineering department. The software would help reduce the time of keeping faulty aircraft grounded for repair and maintenance.

Last year, its faulty aircraft remained grounded for a combined total of 443 days, causing a revenue loss of Rs3.5 billion. “If they had been operating, PIA had earned additional revenue of Rs3.5 billion in 2017,” he said.