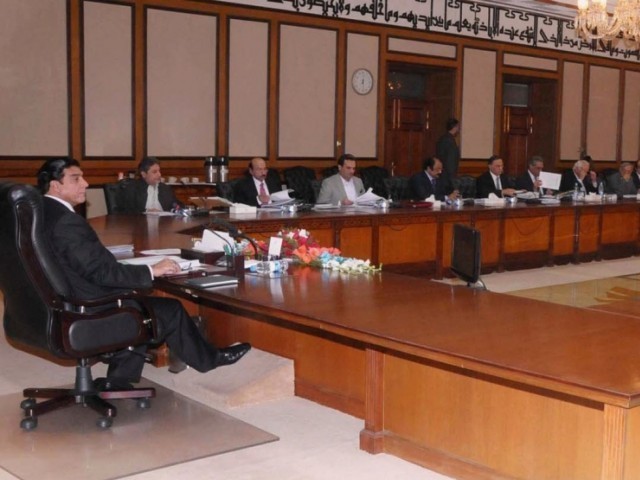 Also call on govt to convene CCI meeting for resolving issues of the provinces. PHOTO: FILE

PESHAWAR: The Senate’s Functional Committee on Devolution on Thursday demanded of the federal government to announce the National Finance Commission (NFC) Award without any delay and to call a meeting of the Council of Common Interest (CCI) to resolve issues of the provinces.

The committee called upon the Centre to pay arrears to Khyber-Pakhtunkhwa (K-P) and Balochistan, related to the net hydel profit and gas royalty respectively. It also said that the federal government should declare tobacco a provincial crop rather than a federal one, and establish a separate and independent secretariat for the CCI.

The Senate committee, during a meeting chaired by Senator Mir Kabir in Peshawar, placed the demands through a declaration shared with the media later. It also demanded increase in the Senate’s powers and asked the federal government to devolve the matter of higher education to provinces.

Senator Farhatullah Babar of the Pakistan Peoples Party (PPP) highlighted ‘the ongoing encroachment’ on the powers of the federal, provincial and local governments and called for measures to reverse the trend.

“The non-elected establishment is seeking to take over the functions of the elected government. And within the elected structures, the federation is encroaching upon the domain of provinces which in turn are reluctant to give powers to local governments in accordance with the Constitution,” he said.

Babar said the issue of state institutions working within their limits had been thoroughly discussed recently in the Senate, and the chairman reserved his ruling expected to be announced in the forthcoming session of the upper house.

Senator Ilyas Bilour of the Awami National Party (ANP) expressed concerns over the no-objection certificate (NOC) needed by the NGOs and foreign delegations for entering K-P.

“K-P is not a no-go area… why is then an NOC mandatory for the NGOs to get to K-P and why does the federal government not issue them the same?” he questioned, saying that the same NGOs could visit and work in other provinces without the NOC.

Senator Tahir Mashhadi of the Muttahida Qaumi Movement (MQM) noted that the K-P government gave the committee the cold shoulder on its visit.

“We are not asking the K-P chief secretary for plots, and have come here to empower them,” he said, asking why the chief secretary was not seeing them. He added that in Sindh the chief minister, his six cabinet members and secretaries received the committee and sat with them.

Senator Usman Kakar said they had reservations over the Constitution.

“Senate has been given lesser powers under the Constitution. We also have reservations over Articles 62and 63 of the Constitution. A judge should not have the powers to declare a person Sadiq and Amin,” he demanded.

Senator Taj Haider said only two provinces would get developed due to the CPEC. Senator Rubina Khalid and Senator Mohsin Aziz also attended the meeting.